About 500 military servicemen have received apartments today in Varketili Military Town, a district in Tbilisi.

Georgian Prime Minister Irakli Garibashvili said that this was a commitment made by the state in 2007, the fulfillment of which began 'a little later, after our political party came to power'.

He congratulated the servicemen on receiving the apartments and thanked them for their service.

I would like to once again remember our heroic soldiers who heroically sacrificed their lives for the protection of our homeland, our land and water, I bow before them. Glory to our heroes, glory to their families", Garibashvili said. 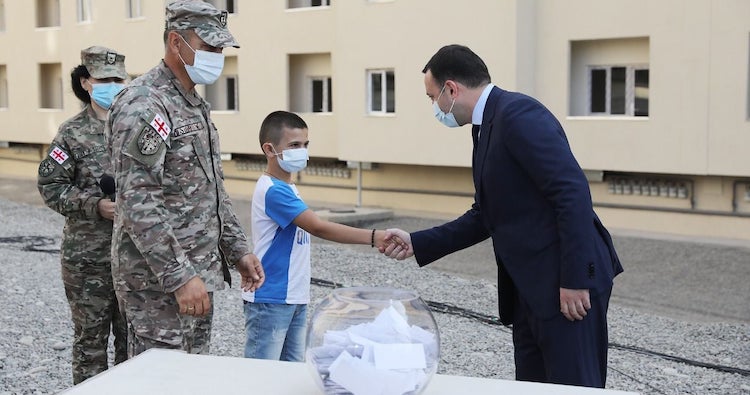 The apartments were handed over in white frame condition and housing was distributed by voting.

The area around the residential building will be improved in the near future, and ramps will be created for people with disabilities, announces the government of Georgia.

Since 2013, in total 1,562 families of military servicemen have received apartments in Georgia.