PM Garibashvili: 'For 17 years, our country has contributed to world peace, fight against terrorism'

Georgian Prime Minister Irakli Garibashvili has attended an event celebrating the end of the peacekeeping mission in Afghanistan earlier this morning where he stated that for 17 years 'our country and our heroic military have made a worthy contribution to world peace and the fight against terrorism'.

The participation of our country in ongoing peacekeeping missions is a clear demonstration that Georgia is ready to be a provider of security and to fight with partners for global peace. The peacekeeping mission in Afghanistan since 2004 is another clear proof of this”, Garibashvili said.

He added that ‘we have been the largest contributor to the mission among non-member countries in terms of the number of troops participating in the mission, and we have demonstrated our support for strengthening global security together with NATO members and partner countries’. 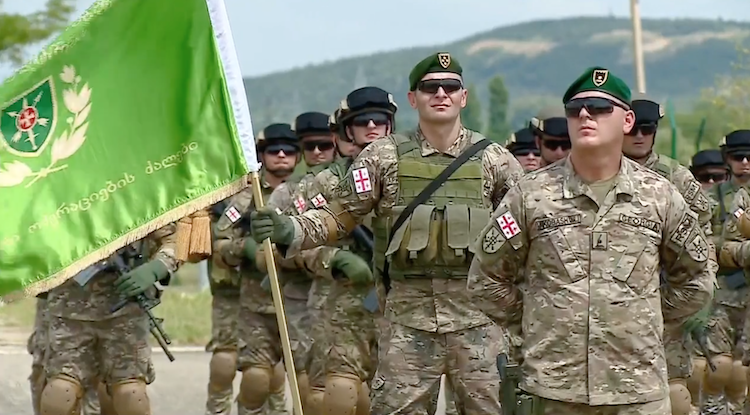 Garibashvili thanked over 20,000 servicemen who participated in the peacekeeping mission in Afghanistan

You defended our homeland by providing security in the world", Garibashvili told them at the event.

Garibashvili noted the fallen 32 'heroic soldiers' who lost their lives in Afghanistan and also thanked the wounded soldiers of the mission.

He stated that Georgia will 'definitely continue to strengthen global security in all existing formats'.

The US Embassy to Georgia has congratulated to Georgia's 32nd infantry battalion on their safe return home.

This is a historic moment that marks the end of the NATO-led Resolute Support mission. In total, 7,078 Georgian soldiers trained and deployed side by side with US Marines over the past seven years", says the embassy. 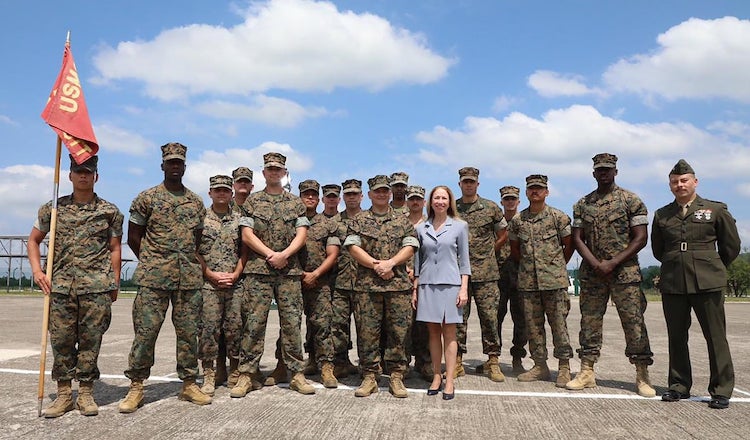 US Ambassador Kelly Degnan also participated in the event. Photo: US Embassy to Georgia.

Statement published the embassy reads that 'it has been an honour for US service members to serve alongside their Georgian brothers and sisters in arms, who risk their lives for peacekeeping operations and who represent the firm commitment of the Georgian people to Euro-Atlantic integration'.