Georgia ranks 45th among 180 countries and territories across the world in the latest Corruption Perceptions Index (CPI) 2020 published by the Transparency International, standing on top of all Eastern European and Central Asian countries.

In the index, which measures sector corruption according to experts and business people, Georgia has received 56 points of total 100.

Georgia’s score of 56 points in the index is unchanged from 2019, when it dropped by two points compared with 2018. However, compared to 2012 Georgia has improved the ranking by four points.

With an average score of 36, Eastern Europe and Central Asia is the second-lowest performing region on the CPI and vulnerable to corruption compounded by Covid-19. 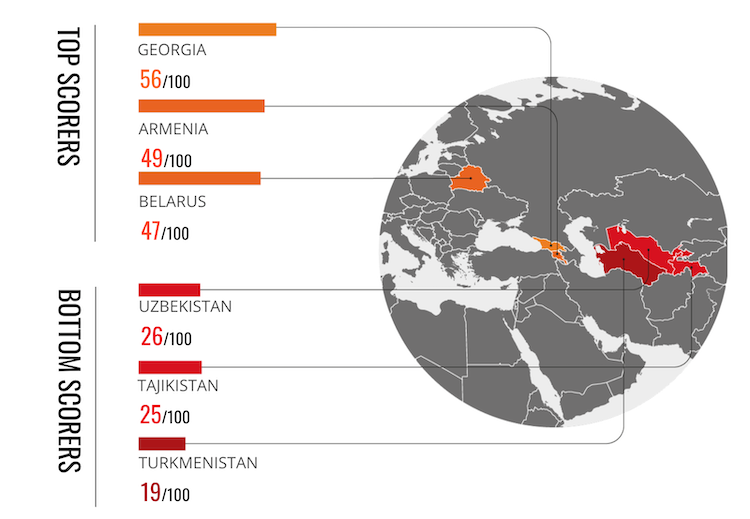 Denmark and New Zealand top the index, with 88 points. Syria, Somalia and South Sudan come last, with 14, 12 and 12 points, respectively.