Transparency International has released its Corruption Perceptions Index 2019, with Georgia ranking 44th among 180 countries and territories across the world, standing on top of all Eastern European and Central Asian countries.

In the index, which measures sector corruption according to experts and business people, Georgia has received 56 scores of total 100. 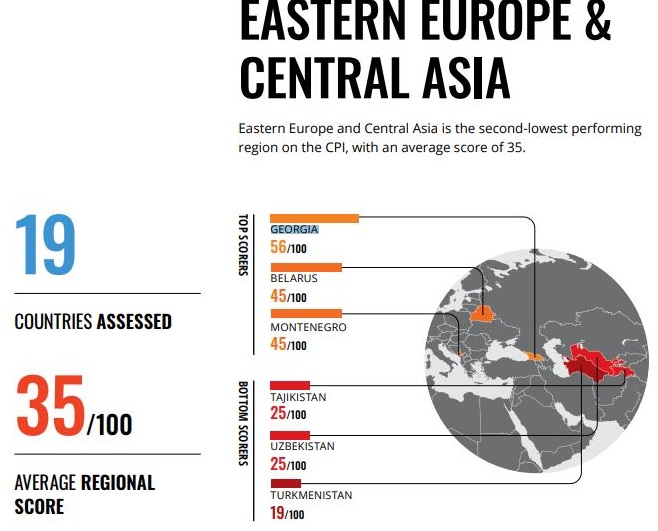 In the last year survey Georgia ranked 41st with the score of 58.

Only three countries of Eastern Europe and Central Asia scored above the global average: Georgia (56), Belarus (45) and Montenegro (45). 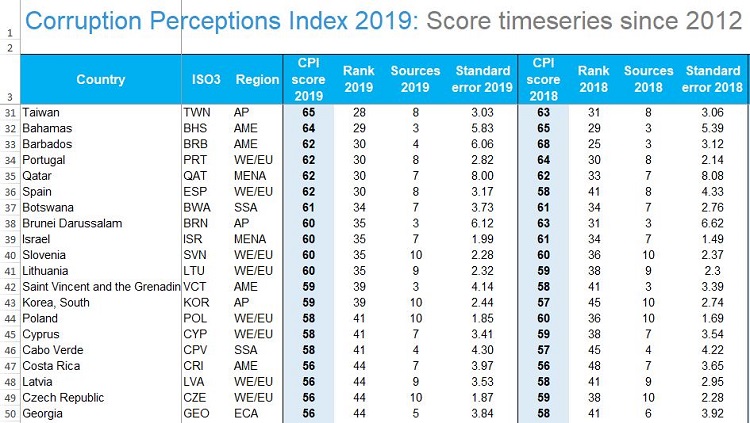 This year’s analysis shows corruption is more pervasive in countries where big money can flow freely into electoral campaigns and where governments listen only to the voices of wealthy or well-connected individuals,” Transparency International says. 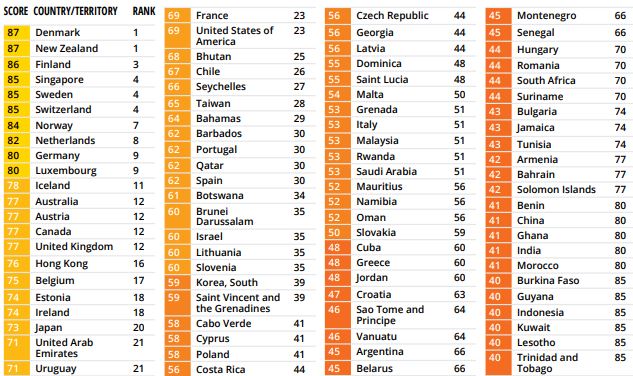 The 2019 Corruption Perception Index draws on 13 surveys and expert assessments to measure public sector corruption in 180 countries and territories, giving each a score from zero (highly corrupt) to 100 (very clean).