Four protected areas preserving wetlands and rainforests in Georgia's west will join the likes of Yellowstone National Park and Swiss Alps on the UNESCO World Heritage List, after the 2021 World Heritage Committee of the body selected them for inclusion on the coveted roster on Monday.

The Mtirala and Kolkheti National Parks, as well as the Kintrishi and Kobuleti protected areas will be listed alongside the just over 210 natural spots from across the world that have received the status from UNESCO, in a first development of the kind for Georgia.

The decision, made at the 44th session of the World Heritage Committee, held online and chaired from Fuzhou, China, saw reactions from officials and environmentalists in Georgia, with Prime Minister Irakli Garibashvili calling it a "crucial event not only for the country, but [also for] the region".

Recognised as a major element of the Black Sea basin and the South Caucasus ecological system, the four locations had been known to be in preparation for a nomination for the UNESCO list over the recent years.

Safeguarded by the Agency of Protected Areas of Georgia, the territorial formations have been formed between 1959-2007. The Kintrishi Protected Areas are the earliest of the four, established in 1959 in the Black Sea coastline Kobuleti Municipality with an area of over 13,000 hectares in the River Kintrishi ravine.

The Kolkheti National Park and Kobuleti Protected Areas were the next to follow in 1998, with the former established to safeguard and preserve the wetlands on the Black Sea’s eastern coast, and the latter to preserve “unique waterfowl habitat wetland ecosystems".

The Mtirala National Park is the latest formation, designated in 2007 within three mountain ranges and hosting visitors with its tourist trails and infrastructure. 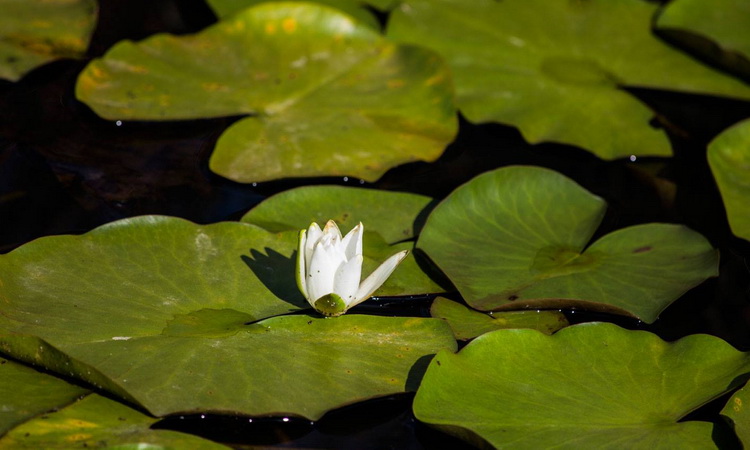 Wetland landscape of the Kobuleti Protected Areas is home to biodiversity environmentalists are working to safeguard. Photo: Agency of Protected Areas.

The initiative for nominating the areas was launched in 2017 with support of the World Wide Fund for Nature and the Mikhael Zukov Foundation, and involved field studies of the areas in question for researching their biodiversity.

The World Heritage List currently features 213 natural locations such as the Ancient and Primeval Beech Forests of the Carpathians and Other Regions of Europe, Giant’s Causeway and Causeway Coast in Northern Ireland and the West Norwegian Fjords.

Three non-natural Georgian monuments are inscribed on the list — the Gelati Monastery in the country’s west, the Historical Monuments of Mtskheta, outside the capital Tbilisi, and Upper Svaneti, a highland province in the country’s north.