We are leaving today, but that does not mean we will not come again", said Varlam Goletiani, the leader of Rioni Gorge Defenders civic movement.

After fruitless negotiations between the protesters and the government, the decision was made to move the protest to the capital city of Tbilisi on May 23. Goletiani said that the main purpose of their demonstrations in Tbilisi was to 'give our voice to the population of the capital city'.

We blocked the road several times and this rally had absolutely symbolic content. We just wanted people to think about [the Namakhvani HPP project]. Let's think and realise how important this fight is in which we all participate", Goletiani said. 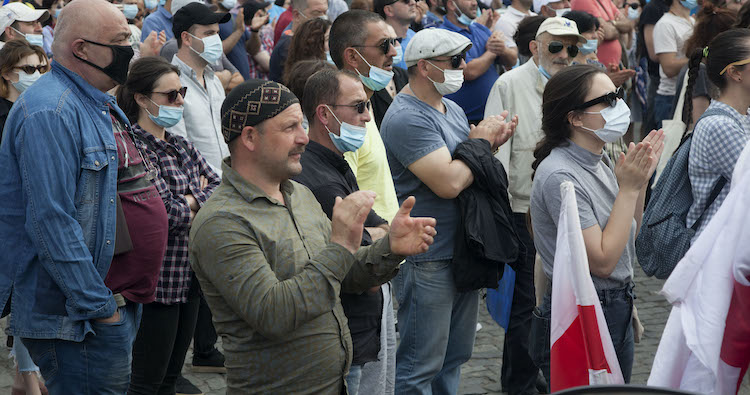 Many activists and locals are protesting the construction of the HPP claiming that the project was launched without sufficient research and a thorough consideration of risks, including immediate security risks due to active seismic activity.

The protesters say that in addition to the environmental threat, the government has 'relinquished state interests' in the contract with Enka, the contractor company for the construction of the Namakhvani HPP.