Three individuals living in the village of Shukruti in Chiatura in western Georgian region of Imereti, have sewed their mouths shut to protest the activities of Georgian Manganese, a producer and exporter of ferroalloys and manganese ore.

The protesters say that the activities of Georgian Manganese cause landslides, damages roads and local houses.

Protesters are demanding Georgian Manganese compensate them for the damages, but the company does not agree to this claim.

The company claims that the damage indicated by the protesters is related to works done during the Soviet period and was already compensated back then.

It is the 85th day that the people of Shukrut have been holding continuous protests. 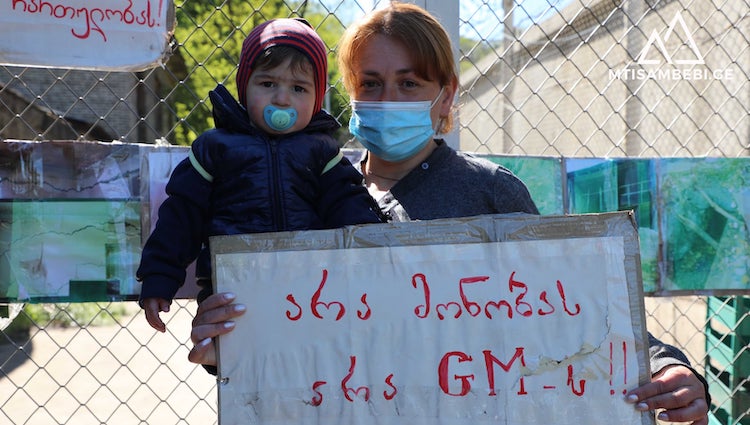 Two weeks ago, they tried to set up a tent in front of Chiatura City Hall, however the police and the city mayor did not allow it.

Currently, a tent of protesters is standing in Shukruti, near the Korokhnali mine.

The company has taken verbal responsibility for this problem with us so many times, but these are just words. Therefore, we demand that the central government be involved in solving this problem”, said Giorgi Neparidze, a resident of Shukruti.

The locals held demonstrations with the same demands in September 2019 as well, when the residents blocked the road leading to the Georgian Manganese and stopped operating manganese mines.

Following the September protests, a commission was set up with the Georgian Manganese, Chiatura mayor and the village governor, to investigate the damage and then start compensating for the loss, but locals say the commission's work has not yielded any real results.