Using the amphitheatre of the 19th century estate in the winemaking province of Kakheti, the exhibition entitled Fragments of Memory brings to viewers a look at the multi-faceted nature of stage art while also showcasing creations from the three artists known for their practices around the subject.

A "conceptual space" based on the château building has been designed by organisers with a bid to introduce the show to viewers through presenting it as an artwork and bringing together the many angles involved in the format, from costume design to props, sets and lighting. 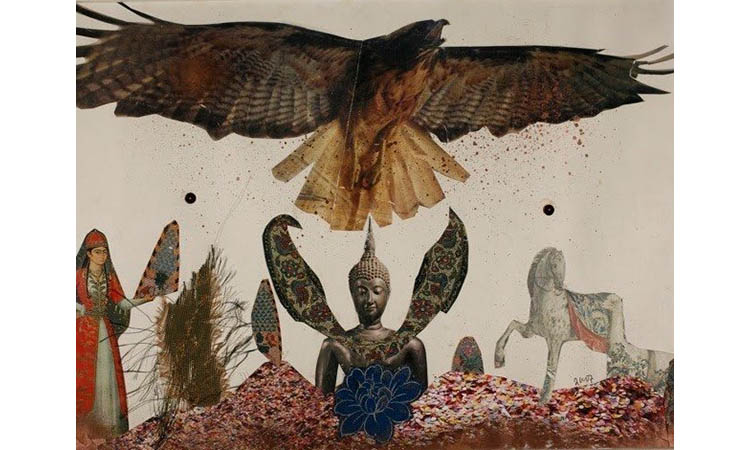 Vibrant themes from works by Parajanov, theatre design by Aleksi-Meskhishvili and performative display by Bekaia completes the show in Tsinandali. Photo via at.ge.

Hosts have sought to present works by Parajanov, a widely acclaimed filmmaker of the auteur scene, and Aleksi-Meskhishvili, a celebrated theatre designer and teacher, "in a special angle" by amplifying the role of stage art and theatre design at the intersection of their work.

In Fragments of Memory, bringing the legacy of the two creatives together is amplified by a performance by Bekaia, known for his theatrical shows involving bold costume ideas and colour choices.

Organisers said Bekaia's theatrical performance would bring a "carnival" mood through an exploration of Parajanov's trademark style of vibrant scenes, and via several sets taking up the park of the historical estate.

Fragments of Memory will be on display at the château through June 7 before being moved to TBC Concept space at 7 Marjanishvili Street in Tbilisi.