He stated that Georgia investigated the attack with the help of its international partners.

Georgia strongly condemns the attack, which contradicts international principles and regulations, and is another attempt against Georgian sovereignty and its Euro-Atlantic integration and development,” Konstantinidi said. 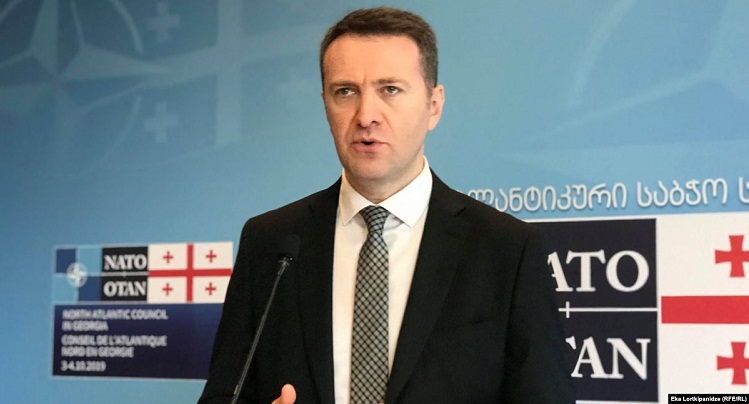 Georgian Foreign Ministry has urged the international community to give a due assess to the attack. Photo: RFE/RL.

He stated that the cyber attack once again confirmed the importance of national, cyber security efforts and the creation of an international partnership for cyber security.

Georgian President Salome Zurabishvili has condemned the Russian cyber attack, saying this is an attack on the "sovereignty and national security" of Georgia aimed "to paralyse the activities of state institutions".

With the 2019 cyberattack on our official website, Russia has attacked our sovereignty and national security by trying to paralyze the activities of state institutions, a blatant violation of international norms and a clear manifestation of the hybrid war against Georgia.

Konstantinidi said that Georgia will continue close cooperation with international partners in cyber security and urged the international community to “give a due assessment to the attack.”