International Society for Fair Elections and Democracy (ISFED), one of the key Non-Governmental Organisations (NGO) in Georgia, said that it has identified 14 fake news websites, 15 Facebook accounts, 50 pages and 35 groups spreading disinformation.

Considering the clear political agenda of the fake news webpages, they damage the media environment in the country and create risks of electoral manipulation in social media ahead of the elections”, ISFED stated on April 30.

It further noted that the websites follow the common tactics in social media: at first information is published on the websites, then posted on the respective Facebook pages, and afterwards shared to Facebook groups to reach a wide audience and gain further credibility.

Below is the part of the fake news websites recently reported by ISFED: 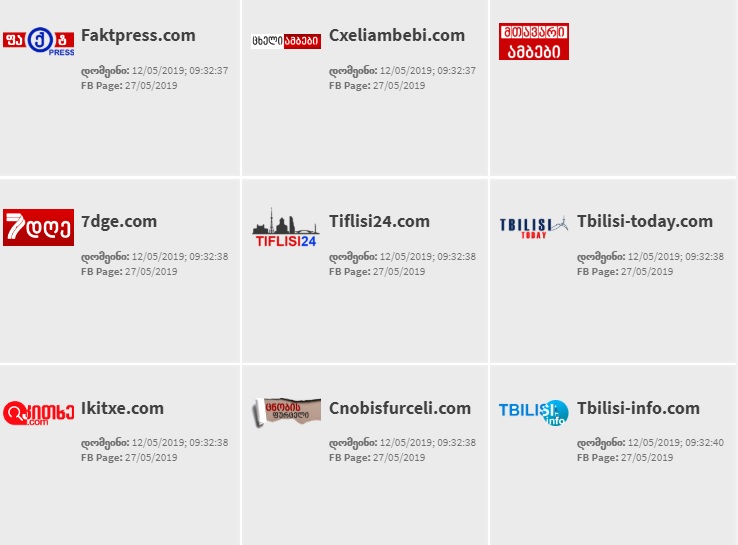 Last December, Facebook has removed 39 accounts, 344 pages and 13 groups for “coordinated inauthentic behaviour” in Georgia targeting domestic audiences, noting that that the Facebook team is “constantly working to detect and stop this type of activity” because they don’t want their services to be used to manipulate people.