Russian Foreign Ministry Spokesperson Maria Zakharova says that the visits of foreign officials must not be a problem for any sovereign state, responding to the recent turmoil over the CoE ministerial scheduled in Tbilisi for May.

She says that if it is important for a sovereign state as to which foreign officials come to the country, ‘it indicates internal problems of the state.’

Until the situation in Georgia will be dependent on which foreign official visits their country, there will be problems...Such visits must not lead to changing of governments or ministers,” Zakharova told the Komsomolskaia Pravda.

She did not say whether Russian FM Sergey Lavrov will chair the country’s delegation at the CoE event or not.

Zakharova said that “Russia takes Georgia as a sovereign country,” adding that there are political forces in Georgia who are “provocateurs”, acting based on their ‘narrow political interests.’ 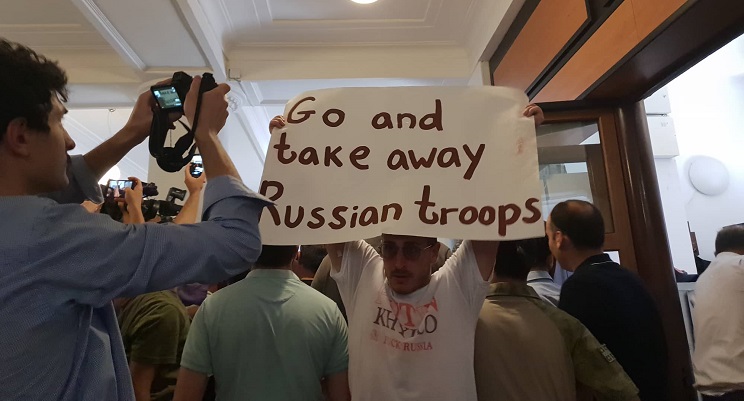 Former Deputy Foreign Minister of Russia Grigori Karasin said yesterday that the Russian delegation will attend the CoE ministerial in Tbilisi in May 2020, which Georgia will be hosting as the Council of Europe chair.

Karasin says that as of now he does not know the composition of the Russian delegation.