Georgian health officials have welcomed the new coronavirus regulations introduced by the Georgian government today, while the opposition parties have called them ‘irresponsible and unreasonable.’

Head of Georgia’s National Centre for Disease Control Amiran Gamkrelidze stated that the restrictions will ‘twice or more decrease the number of daily infections by the end of January.’

Lelo opposition party leader Mamuka Khazaradze has stated that the government has ‘failed to manage the pandemic,’ adding that the Georgian Dream leadership ‘has benefited from the situation created by the coronavirus.’

Leaders of European Georgia Gigi Ugulava and Giga Bokeria have stated that the new restrictions ‘will make people poorer.’ 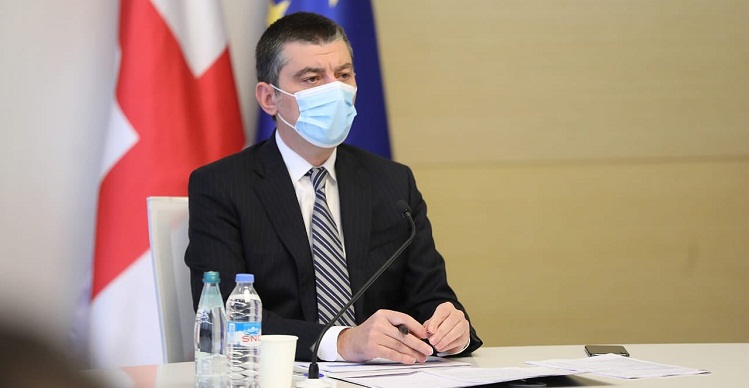 PM Gakharia stated that the opposition rallies sparked the spread of coronavirus in Georgia. Photo: government of Georgia press office.

Ugulava said that the government should have consulted with groups of people, including the opposition, before imposing the restrictions.

He said that ‘it is hard for every country’s health system to admit 3,000-4,000 infected individuals on a daily basis.’

He said that the new restrictions will slow the rate of the virus’ spread.