Today we have presented the 126 new buses to the public. It is very important to us to upgrade the public bus fleet. Yellow buses [which used to serve Tbilisi] were problematic for Tbilisi in terms of environmental point of view and in terms of its visual side. This is why we are bringing new buses to the capital. We have also purchased 100 BMC buses which will also arrive in Tbilisi and this will complete the public bus fleet upgrading process", said Kaladze.

Kaladze also stated that next year Tbilisi City Hall plans to purchase 200 new 18-meter buses and finally 'public transport in our city will be comfortable and will ensure the fastest way to get around the city'. 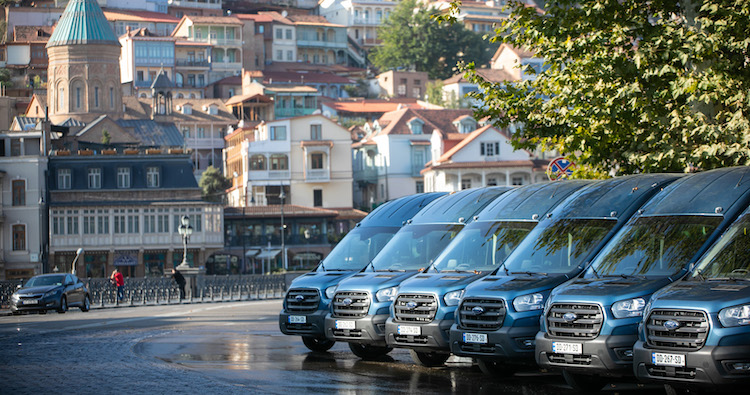 In addition, Kaladze announced that 200 new minibuses are already in Tbilisi and 100 more will arrive later.

"As of today, 200 minibuses have been introduced in the city. You know that 300 minibuses will enter the city in the first stage and the outdated yellow minibuses which currently serve the passenger will be replaced gradually. Finally, 1,200-1,500 minibuses will run in the city because there is no need for more. I am proud as the mayor of this city and a citizen of this country that public transport is being renewed and regulated", Kaladze said.