Georgian Deputy Foreign Minister Lasha Darsalia says that Azerbaijan has provided no arguments against the 1938 map which was recently obtained by Georgia to resolve border issues between the two states.

The only thing they (Azerbaijani officials) said in response to the map is that discussing the map is not desirable for them,” Darsalia was cited by IPN news agency as saying following his interrogation in the country’s Chief Prosecutor’s Office earlier today, per the investigation into the Georgia-Azerbaijan border case.

The Prosecutor’s Office claimed that the detainees hid an original map issued in 1937-38 and instead used other maps based on which border sections between Georgia and Azerbaijan were agreed against the interests of Georgia in 2006 and 2007, leading to the forfeit of about 3,500 hectares of lands. 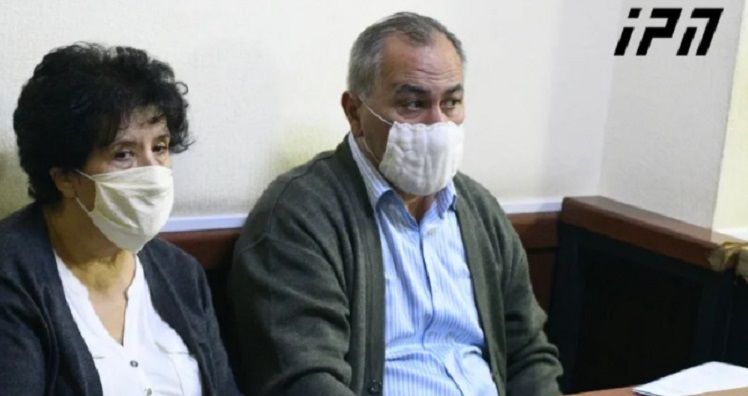 The detainees do not admit to the crime. Photo: IPN.

Darsalia has chaired the state commission charged with demarcating the border with Azerbaijan since May 2019.

He said that prosecutors’ questions mostly concerned his chairmanship of the commission and the issues discussed by the commission.

Only two-thirds of the state border has been agreed upon with Azerbaijan so far, which on several occasions triggered tension in David Gareji last  year.

The detainees do not admit to the charges and claim that their detention has political grounds.