Georgia’s external trade turnover amounted to $7.02 billion in January-August 2020, which is a decrease of 16.7 per cent compared to the same period of last year, show preliminary data from the National Statistics Office of Georgia (Geostat). 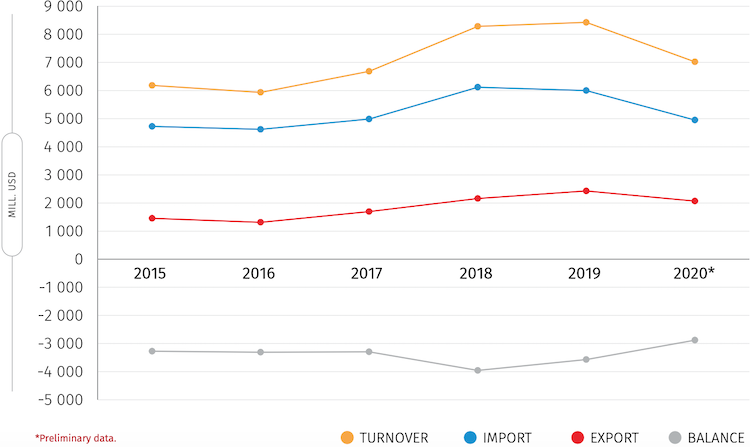 The trade deficit of Georgia in January-August 2020 amounted to $2.88 billion which is 41 per cent of total trade turnover.

Trade deficit is an economic measure of the negative balance of trade in which a country's imports exceed its exports.