The Georgian Health Ministry has dismissed reports by Georgian media outlet Alia that medical personnel have refused to check air passengers at Tbilisi International Airport for a new strain of the China-born coronavirus “due to a lack of proper equipment and safety guarantees.”

Alia cited one of the doctors as saying that medical personnel were not given proper safety equipment during the checks at the airport “which places our and the lives of our family members at risk” if an infected individual comes into the country.

The outlet cited a doctor whose name was not given as saying that the country is “absolutely unprepared” if the virus reaches Georgia.

The Health Ministry states that “none of the medics” have refused to check air passengers.

The ministry reports that emergency brigades who work at airports ‘are absolutely safe, they wear an outfit of C-level [emergency outfit] as, based on the recommendations of the World Health Organization, there is no need for other outfits or measures.’ 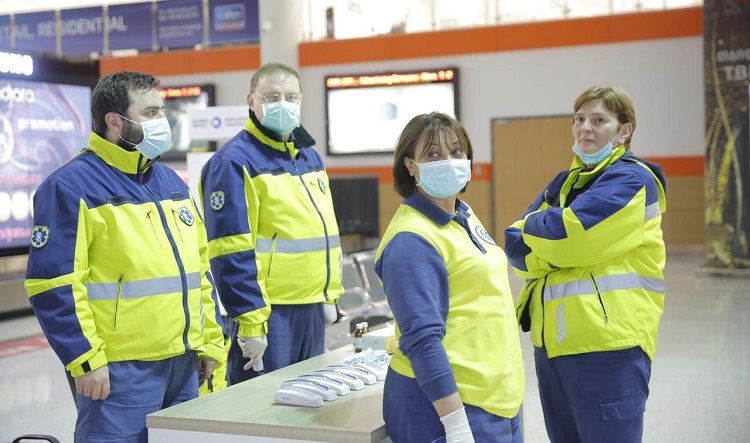 The Georgian Health Ministry says that medics at the airport wear the outfit which is recommended by the World Health Organisation for Georgia. Photo: Health Ministry press office.

All our steps were agreed upon with the World Health Organization,” the ministry says.

The number of people killed in China by the coronavirus has risen to 80, with almost 3,000 confirmed ill, the BBC reports.

The overall number of confirmed cases in China is 2,744.

The BBC says that some 461 are critically ill, while 51 people have been "discharged from hospital and cured.”

At least 44 cases have been confirmed abroad, including in Thailand, the United States, and Australia.

No deaths have been reported outside China.