A two-hour peaceful rally in front of the parliament of Georgia in downtown Tbilisi commemorating the one-year anniversary of June 20 protest, has ended.

The participants of the demonstration – civic activists and politicians – denounced Russian occupation, spoke of the last year’s police dispersal and called on everyone to go to upcoming parliamentary elections.

We will always remember [June 20] and we will always demand response [from government] for what has happened on this day one year ago”, opposition European Georgia MP Elene Khoshtaria said.

Khoshtaria was among the opposition leaders, who opposed to Russian MP Sergey Gavrilov's presence in the parliament speaker’s chair on June 20, 2019, which was followed by a large-scale protect rally that day.

'Despite the pain' that followed the rally dispersal later that night, Khoshtaria said, the demonstrators have launched a ‘huge battle’ since then, which will end up by ‘changing the Georgian Dream’ government this October. 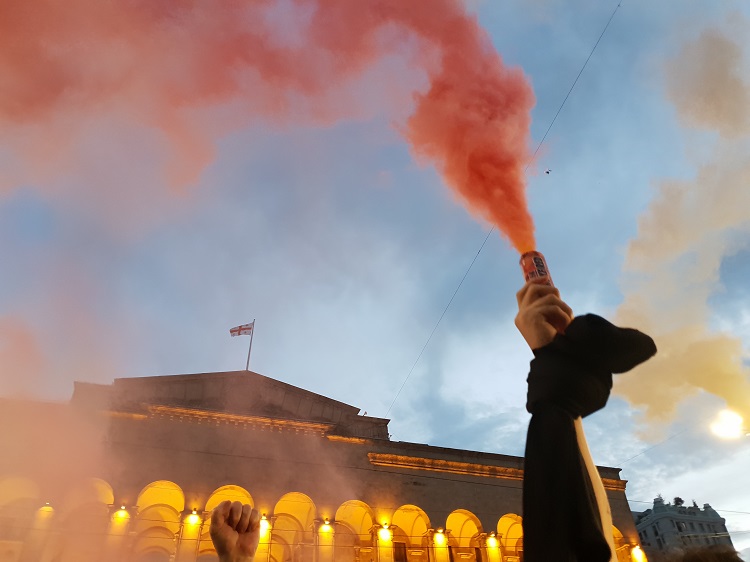 Meanwhile, in his recent video address, Sergey Gavrilov said the last year’s demonstration in Tbilisi was organised by ‘Russophobic forces’ who aimed to damage Georgian democracy.

Gavrilov also said he expects apologies from Georgia as a precondition to ‘fully restore political relations’ between the two countries. 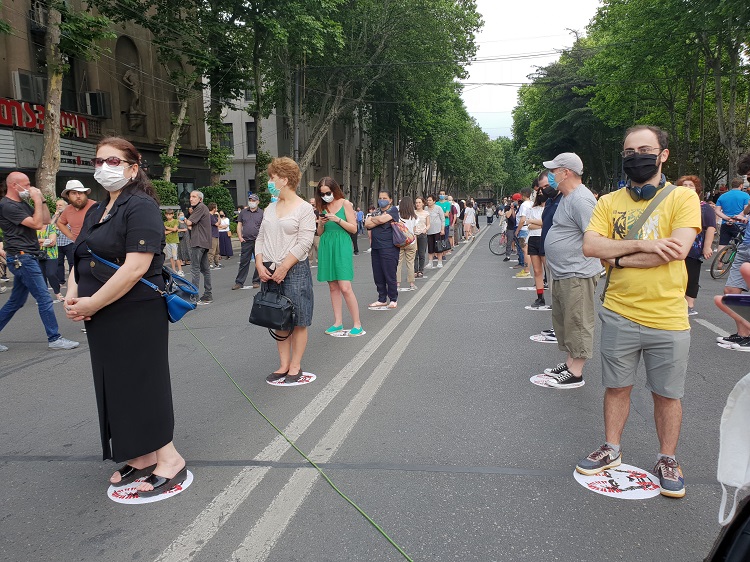 One year ago the rally was dispersed by police after demonstrators ignored the appeal of the Interior Ministry to obey law enforcers and decided to break into the parliament building. As a result, over 240 people got injured; several demonstrators lost eyesight.

The ruling Georgian Dream party stated earlier today that ‘the destructive opposition attempted to use this protest for their own political purposes and turned the wave of protest into a violent demonstration’.