State of emergency coming to an end: what plans are in place to continue fighting the coronavirus?

The two-month state of emergency as well as curfew will end in Georgia at 00:00 on May 23, lifting movement and other, coronavirus-related restrictions in Georgia.

The restriction which banned more than three people in a car will only be maintained for taxis. Restrictions for public and municipal transport, at the border and for certain economic activities, will remain in force,” Georgian Prime Minister Giorgi Gakharia says.

The government says despite a “very effective and stunning fight against the coronavirus which has become exemplary for many states the virus is still present in the country and they (the government) should have tools to keep the situation under control.”

Yesterday the parliament passed a bill with its first reading which allows the government to impose various restrictions without the parliament’s consent.

80 MPs voted for the bill and three voted against it. The opposition refused to participate in the vote as ‘the bill is unconstitutional and grants dangerous power to the ruling party in the face of parliamentary elections in October.’ 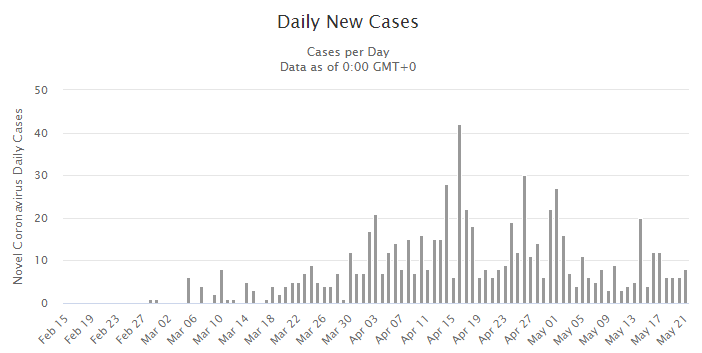 The adopted bill, which still needs two readings for final approval, reads that the government will be able to impose movement, economic, labour and other restrictions ‘only temporarily’ until July 2020.

An exact date will be specified later today in parliament.

The bill earlier proposed that the government would be able to impose restrictions without the declaration of state of emergency until the end of the pandemic.

The ruling party says that the opposition’s fears of the bill are ‘ungrounded,’ as it provides just temporary measures.

The ruling party stated that the recommendations of Georgian Ombudsperson Nino Lomjaria regarding the bill have been ‘almost fully taken into account.’