Georgia is celebrating Mother Language Day today, which marks Georgia’s victory over the Soviet repressive machine in maintaining the Georgian language as the country’s official language.

42 years ago on this day, thousands of Georgians  took to the streets of Tbilisi in protest against the Soviet government’s decision to remove words in the Georgian Constitution solidifying Georgian as the state language.

On April 14, 1978, an initial march of 15,000 protesters grew to a demonstration involving 100,000 citizens, including students, professors, teachers at a central Tbilisi park – now known as Dedaena Park.

After the protest a special monument was erected honouring the day’s events. 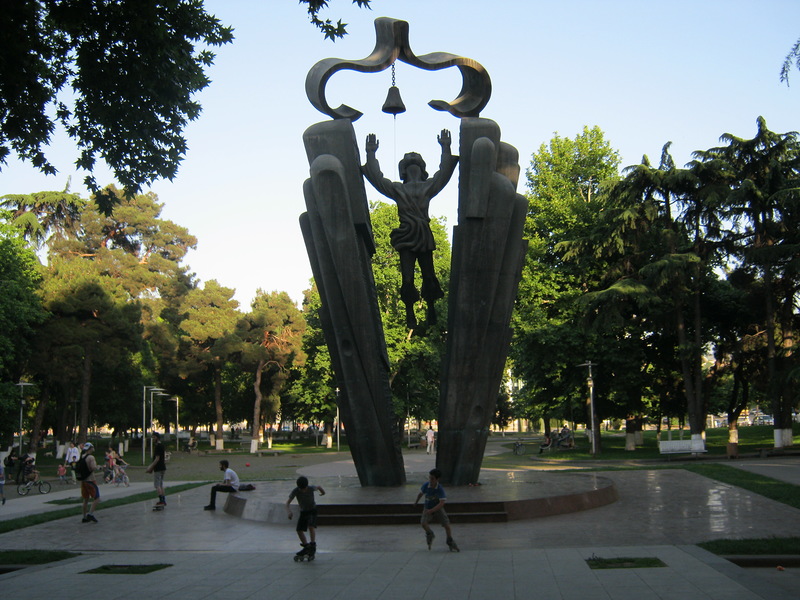 Georgian is written in its own unique writing system and its alphabet has 33 letters. Photo: 1TV.ge.

The Soviet government was forced to retract its decision and retain Georgian as the official state language in Georgia.

This was an unprecedented case when the regime withdrew and backed down to the community’s demands.

The decision by Soviet authorities to revoke the official status of local languages in other, then-Soviet countries was also condemned by the public and resulted in widespread protests in Armenia and a number of Baltic states.

The change was accepted in Ukraine, Belarus, Azerbaijan and Central Asian Soviet republics.

42 years ago, today, thousands of Georgians showed the entire world how much their language meant to them. Faced with the possibility of losing status as Georgia’s national language, the people of this country persevered and saved their unique language for generations to come”, writes the US Embassy in Georgia on its Facebook page.

Georgian is written in its own unique writing system and its alphabet has 33 letters.

It was granted the national status of cultural heritage in Georgia and was added to UNESCO’s list of Intangible Cultural Heritage of Humanity in December 2016.