Head of the Georgian National Centre for Disease Control Amiran Gamkrelidze has again called on the citizens to stay home, avoid public gatherings and maintain social distancing to avoid the further spread of the virus amid the upcoming religious celebrations.

Gamkrelidze said as the country has declared the state of emergency which prohibits public gatherings, everyone is equal to the law despite their religious feelings. 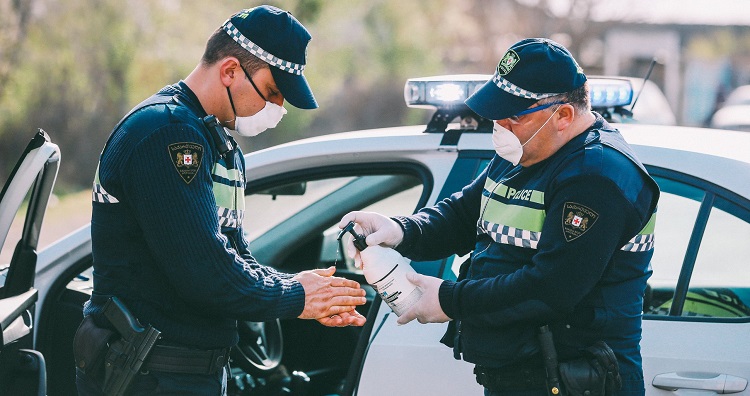 Considering “the huge threat” that hundreds of European countries have faced amid the COVID-19 pandemic, Gamkrelidze reiterated that "the social distancing is the most powerful weapon" against the virus and called on the public to stay home and watch the liturgies on TV.

The less we gather and the less people will gather, the greater the chance that we will not have a widespread epidemic and thus avoid more cases of infection and death”, he stated.

Gamkrelidze further noted that considering the speed of its spread, the country might have 350-400 confirmed cases of coronavirus by the end of this week, while every next week the number of new cases might double. Therefore, he said the rest of April and the first two weeks of May would be “rather severe”.

As of now, Georgia has confirmed a total of 196 cases of coronavirus, including 46 recoveries and three deaths. Photo: Defence Ministry press office

He also explained that as a respiratory infection COVID-19 might “step back” in summer, however, it might annually “remind us of itself” as a seasonal virus.

Director of Tbilisi Hospital of Infectious Diseases Tengiz Tsertsvadze also considers that there will not be above hundred new cases of coronavirus in Georgia per day in near future.

Tsertsvadze also thinks that overall the total confirmed cases of COVID-19 in the country will range between 1,000-2,000, while the virus will start declining in mid-May.