The Georgian Public Defender has released its 2018 Human Rights Report, covering all the issues and controversial cases related to human rights of the last year.

The report reads that 10 years since the Russia-Georgia 2008 war, the human rights situation in the two occupied regions of Georgia Abkhazia and Tskhinvali (South Ossetia) remains severe.

The most terrible incident taking place last year was the murder of Archil Tatunashvili in the occupied Tskhinvali region, which pushed the government of Georgia to file a third lawsuit against Russia in the European Court of Human Rights,” the report reads.

The Public Defender says that locals are deprived of the right to move freely along the occupation line and their rights to safety and education are also violated.

Ethnic discrimination is also a serious problem in the occupied territories,” says the report.

The report mentioned the high-profile cases of Temirlan Machalikashvili and the Khorava Street murder in Tbilisi.

The report says that the Georgian parliament should use all its supervisory levers to establish the truth in the case of the death of 19-year-old Machalikashvili. 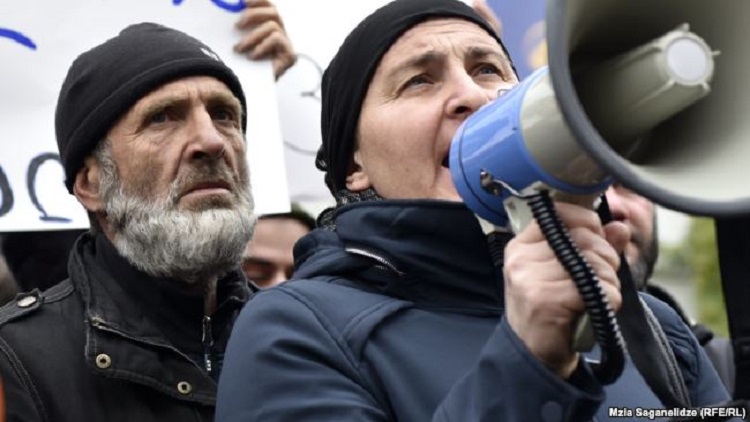 Speaking about the Khorava Street murder case the Ombudswoman says that “the investigation might not have served the aim to reveal all the participants of the crime.”

The report mentions the death of the first President of Georgia Zviad Gamsakhurdia and concludes that the investigation conducted around the controversial death years ago raises many question marks.

The report says that the Public Inspector’s Office, which will be tasked to investigate possible crimes committed by law enforcers should be created in a timely manner.

Women, people with disabilities and the LGBT community face discrimination more than other groups,” reads the report.

The report says that women’s role in the Georgian parliament should see a rise.

Currently Georgia is 119 among 149 world nations per the number of women in parliament,” reads the report.

The report says that ineffective labour regulations are one of the key challenges for the Georgian state.

The report is 447 pages long and can be read here [available only in Georgian for now].