Residents of Georgia’s occupied region of Abkhazia region brought 53-year-old deceased Gocha Tupuria near the Otobaia-Orsantia bridge earlier today for his relatives standing on the other side of the bridge to mourm, as they were deprived of the right to enter the occupied territory, Radio Atinati reports.

People standing on the other side of the bridge saying farewell words, as they are not allow to come closer to the deceased man. Video: Radio Atinati.

Starting from March 2017, the Abkhazia region has been connected with the rest of Georgia only via the Enguri bridge. 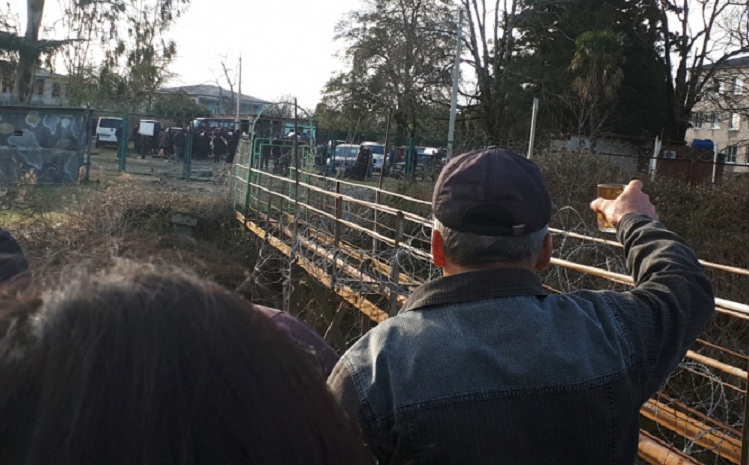 A relative drinks a traditional toast for a deceased from the Orsantia village. Photo: Radio Atinati.

Movement between the region and the rest of Georgia is available only with the use of temporary residency permits or after paying money.

The sister of the deceased man was allowed to Otobaia after paying 200 GEL and she says that the occupants are now demanding an additional 200 GEL to allow her return back [to the territory controlled by the central Georgian government],” one of the relatives said.

The people gathered at the bridge say that it is not the first time when they have to mourn a deceased person in such a situation.