A Georgian service member paid a surprise visit to his son, during the latter’s basketball match, after returning to Georgia from a NATO peacekeeping mission in Afghanistan on Wednesday.

Major Giorgi Khundadze of the Georgian armed forces went to the friendly match involving his son Lasha to see the teenage player for the first time in seven months.

The young athlete was involved in a friendly match between the Zaza Pachulia Academy team and their counterparts from the Ministry of Defence club.

The father and son embraced following the former's arrival during the game, with Major Khundadze then watching the remainder of the match as a spectator.

Khundadze's son has been praised as one of the “standout” players of the academy team named after National Basketball Association champion Zaza Pachulia.

On his part, the Georgian major has served in Georgian special operation forces since 2006. 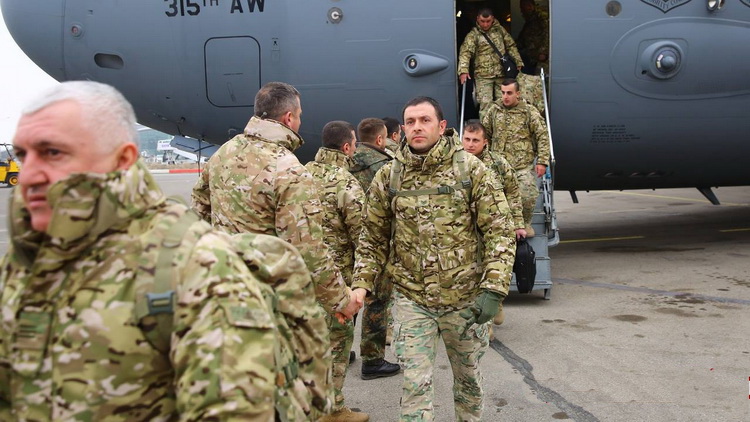 He returned from the Resolute Support mission with a company-sized unit of the 2nd Infantry Brigade, which spent the last seven months under German command in the city of Mazar-i-Sharif.

The company was tasked with providing security for Camp Marmal, a base of the Bundeswehr forces, and accomplishing quick reaction force (QRF) missions.

They were replaced for the mission by a QRF company from the 1st Infantry Brigade of the Georgian armed forces.