Georgia will nominate a candidate for judge on the Hague-based International Criminal Court (ICC) for the first time, with the election taking place in December of next year.

The ICC, which investigates and, where warranted, tries individuals charged with genocide, war crimes, crimes against humanity and the crime of aggression. will elect six judges from different regions in 2020.

Georgia will present its candidate for the Eastern European quota as the term of a Czech judge is expiring next year.

Georgia has the resources to present a candidate with appropriate qualifications and experience to compete with other candidates presented by the Eastern European quota,” Georgian Justice Minister Tea Tsulukiani stated yesterday, during the 18th session of the Assembly of States Parties.

The candidate who will be entered in the international election campaign to become the ICC judge must be selected in Georgia in line with the Rome Statute and the assembly resolution.

Tsulukiani has urged delegates from more than 100 states attending the assembly to support the Georgian nominee for the position. 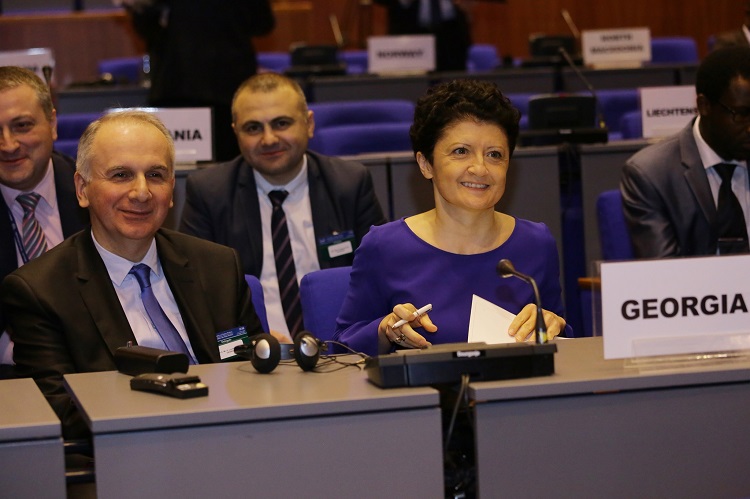 Executive Director of NGO Justice International Nika Jeiranashvili says that presenting the candidate by Georgia “is very important and is a big responsibility.”

He said that candidates for the spot on the ICC must be nominated in the summer.

However, before the nomination takes place Georgia “must ensure fair and transparent selection of candidates inside the country.”

A special body must be created which will act independently from the government and select candidates for the judge of ICC. The body must include people from court, civil sector, public defender’s office and the Georgian coalition of ICC,” Jeiranashvili said.

In 2020, six judges will be elected to fill one-third of the ICC 18 judicial seats during the nineteenth session of the Assembly of States Parties (ASP).

Following the regular three-year election cycle, the six newly elected judges will each serve for a nine-year term from 2021-2030, ICC reports.