Tbilisi Mayor Kakha Kaladze says that the current fleet of mini-buses (marshutkas) in the capital must be replaced staring in 2020 and has instructed Deputy Mayor Irakli Khmaladze to start negotiations with Tbilisi Minibus, a private company operating the marshutkas, for the process to begin as soon as possible.

Kaladze says that the marshrutkas are outdated, polluting the environment and are not comfortable for travel.

For me, for the mayor of Tbilisi, it is unacceptable to see the marshrutkas in the condition they are now, especially in a situation when we [Tbilisi City Hall] are completely replacing the bus fleet,” Kaladze said. 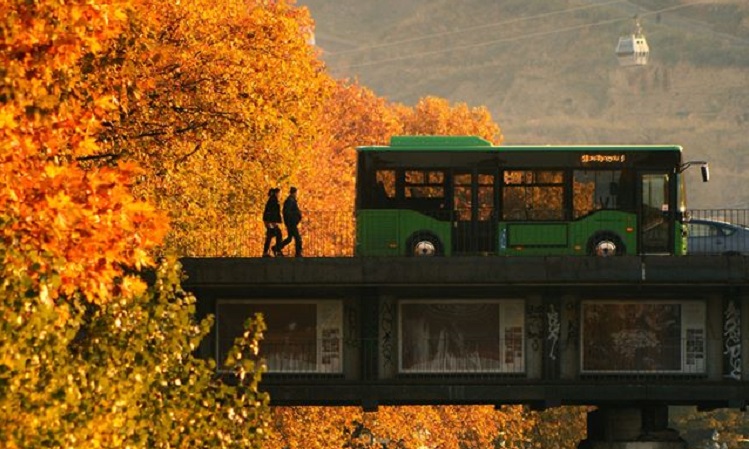 Mayor Kaladze says that Tbilisi will have only modern buses for the next year. Photo: Dzidzikashvili Art Photo.

Kaladze says that the negotiations with Tbilisi Minibus “must lead to a concrete replacement plan” in two weeks.

The company leadership has responded that they are ready for changes "if the current fee is rechecked, as Tbilisi Minibus has suffered much due to the devaluation of the national currency."

As of now passengers have to pay 80 tetri mostly [ 50 tetri for short routes] for one-way travel.

Marshrutkas were introduced under the United National Movement leadership back in 2011 and a contract, to the year 2030, was signed with Tbilisi Minibus.

Kaladze says that at the beginning of 2020 the yellow bus fleet will be completely replaced in the capital and 40 new metro wagon cars will be purchased.