Young Georgian designer Irakli Sabekia, a student of Design Academy Eindhoven, has been honoured with the Melkweg Award for​​​​​​​ the school's graduates for his installation turning a razor wire denoting Russia's ongoing occupation of Georgian regions into a voice of protest.

Using a segment of the barbed wire fence that denotes separation line between the Georgian-controlled territory and the provinces of Tskhinvali and Abkhazia - occupied since the 2008 war between Russia and Georgia - the designer created his installation titled Voicing Borders.

Combining the metal fence with a transmitting device, Sabekia has been able to transform the symbolic piece of the occupation into a broadcasting antenna which uses the Morse code to transmit names and global map coordinates of villages erased by occupation forces over the years since their takeover. 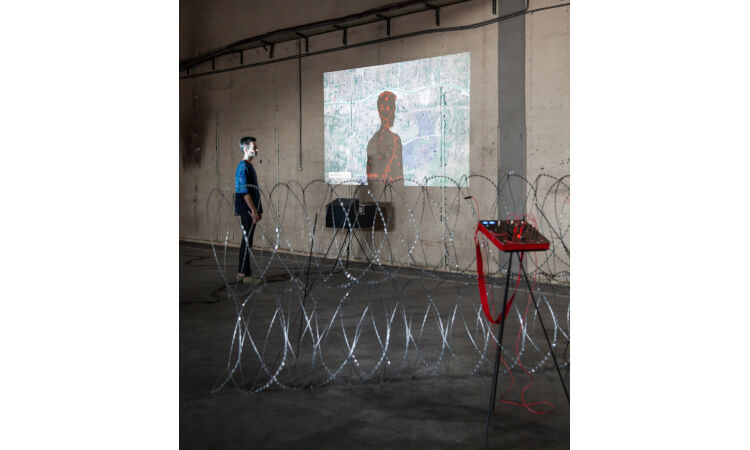 A view on the installation 'Voicing Borders', which includes the physical installation of the barbed wire and a visual display. Photo: Iris Rijskamp.

Stating the names of the cities, and placing them on their proper locations forces the fence to voice what it's meant to hide," the creative told Dezeen Magazine.

Sabekia also said in an interview with the magazine his work on the installation had enabled him to channel his frustration and helplessness with the "overwhelming force" of the occupation into a way of "using its energy against itself".

The project was kick-started when the designer studied satellite imagery of areas before and after the Russian occupation of the two regions and noting down the villages that have been demolished since the occupying troops took over them in August 2008. 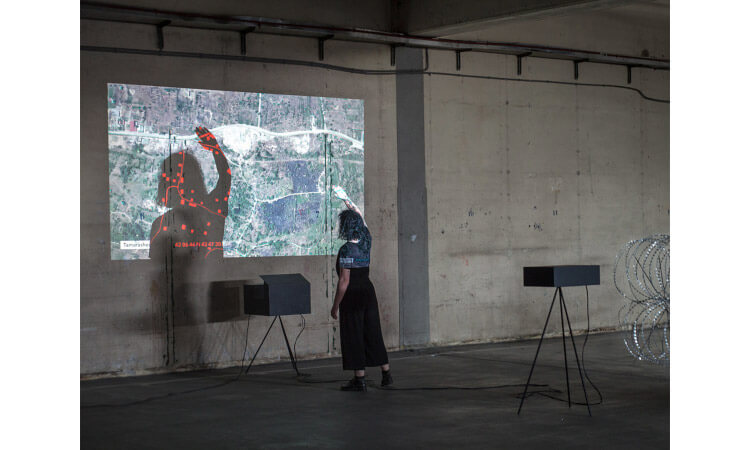 A shadow cast over an image of empty landscapes of the occupied regions reveals spots of houses demolished since their takeover by Russian troops in the 2008 war. Photo via Dezeen Magazine.

Sabekia has used this information to display locations of the villages to viewers in a visual part of his installation, in which a shadow cast over the images of now-empty landscapes reveals previous visuals of the houses destroyed.

The Georgian creative was born in Abkhazia, Georgia's now-occupied north-western province and is currently based in Eindhoven. The designer and researcher involved in "multidisciplinary exploration of matter, image and meaning". His work has been featured in displays at venues including the Temporary Art Centre and Het Glaspaviljoen in the Dutch city.

The Melkweg Award, granted annually to "truly unique talent" (Design Academy Eindhoven) of DAE bachelor-degree students, was presented to the designer at the school's degree show at Dutch Design Week that ran between October 19-27.