Georgian Foreign Ministry David Zalkaliani has stated that the humanitarian crisis in Georgia’s Russian-occupied regions [of Abkhazia and Tskhinvali] is one of the major challenges for the government, responding to the recent death of a woman in Tskhinvali due to the closed ‘checkpoint” with the breakaway region.

Our citizens wake up surrounded by barbed-wire-fences and are deprived of freedom of movement which is absolutely unacceptable. It is necessary for the international community, all actors involved in the Geneva International Discussions – the OSCE, EU, UN and the US to react to the issue,” Zalkaliani said.

He again raised the issue while meeting with the US Department of States Special Envoy and Coordinator of the Global Engagement Center Lea Gabrielle earlier today, during the NATO-Georgia Public Diplomacy Forum in Tbilisi. 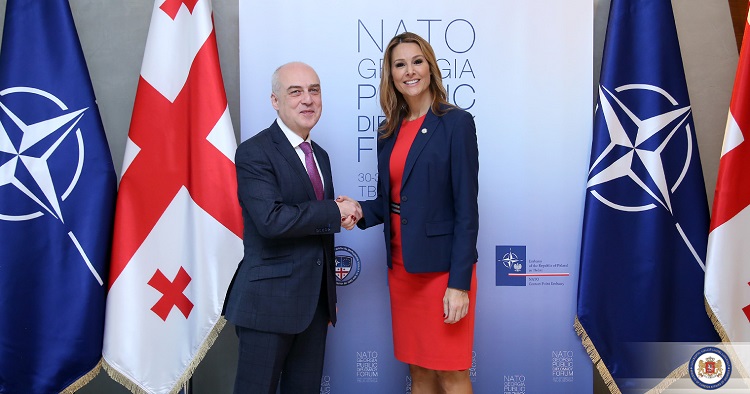 Zalkaliani told Gabrielle that apart from the continued violation of human rights in the Georgian occupied regions, Russia is actively campaigning against Georgia’s Euro-Atlantic integration and is spreading disinformation.

He said that Georgia is in need of help from the US and it’s western partners to combat the occupation and the anti-western campaign.

Gabrielle said that the US is ready to share its experience against disinformation and aggressive propaganda.