On August 15, it was announced that the American Conti Group was leaving the consortium. The reason was the developments around the Anaklia Deep Sea Port project, in which no agreement had been reached between the government of Georgia and the project investor banks (EBRD, OPIC, ADB and AIIB).

Another reason of Conti Group’s concern was developments around consortium founders from TBC Holding Mamuka Khazaradze and Badri Japaridze who were charged with laundering $16.7 mln.

The Georgian government allows the Anaklia Development Consortium to try to come up with the needed capital for the project by the end of 2019.

The Georgian government has not cancelled the current investment agreement despite the expired deadline (October 15) for the consortium to finalise agreements with potential investors and financial institutions to bring in $520 million in total in investments. 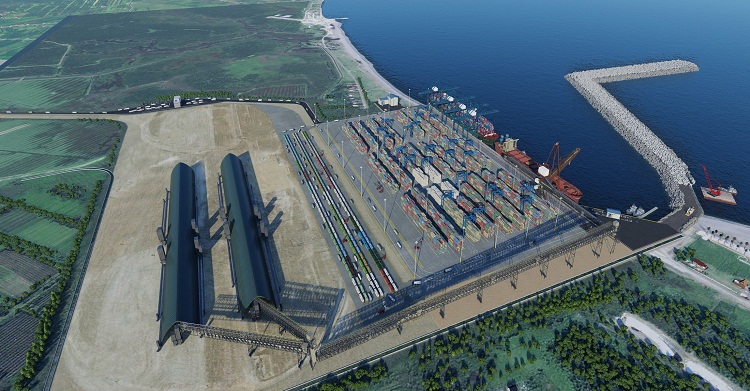 The latest timeline presented by the consortium says that the construction of the port will be completed in June of 2022 . Photo: Anaklia Development Consortium.

Specifically, the consortium was supposed to have submitted signed documents with international financial institutions for $400 million in loans and with investors for capital of $120 million.

The government has postponed the consortium’s deadline for obtaining the funding six times since 2017.