Historical Georgian monuments now found on the territory of modern Turkey will be introduced to viewers in Tbilisi in the shape of detailed photographs by German painter Werner Rudiger, with a photographic catalogue of the artist also bringing his work to the Art Palace museum starting today.

The creative, traveller and researcher captured monuments located in Georgia and in the historical province of Tao-Klarjeti, now north-eastern Turkey, in the 1970s and 1980s, preserving the documentary material of the sites - some of which have since been irreversibly changed or disappeared.

The photographs are now brought to the Tbilisi museum, where beside general views of the Georgian churches, detailed photos of important frescoes with historical texts will be displayed. 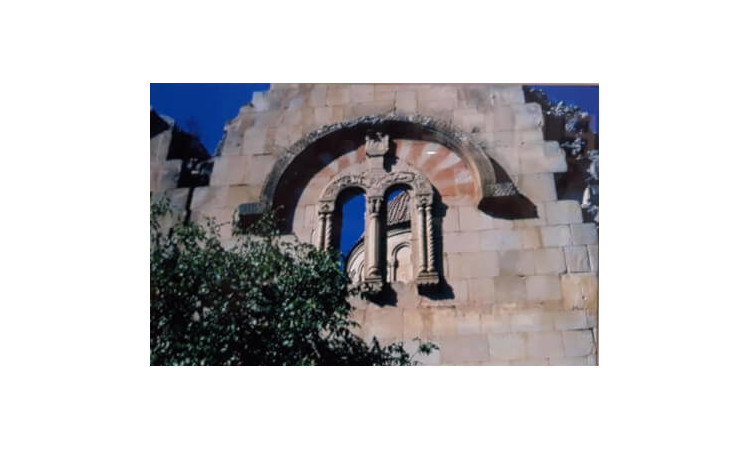 The photographs include snaps of details and decorations of the monuments, as well as frescoes found within them. Photo: Werner Rudiger/via Art Palace.

Rudiger, who a few years ago donated hundreds of his paintings to Art Palace, first arrived in Georgia in 1971, after being introduced to a 1924 book about the Caucasus in Munich, where he worked at an antique store as a painter and graphical designer.

The book featured detailed descriptions of Georgian historical monuments in a time when information on them was scarce in the West, inspiring the painter to see the region and the monuments in person.

In addition to the photos, the event at Art Palace will also unveil The Werner Rudiger Photo Diary, a bilingual catalogue featuring works of the artist whose paintings have been part of Art Palace vaults since 2009.