Georgian Foreign Minister David Zalkaliani met with the United States Under Secretary of State for Economic Growth, Energy, and the Environment Keith Krach on the sidelines of the 74th session of the United Nations General Assembly (UNGA) in New York.

At the meeting, they reiterated strategic partnership between Georgia and the US and stressed that their bilateral relations are currently on a high-level, the Georgian Foreign Ministry reported.

They further spoke of deepening the US-Georgia trade relations, ​as well as the opportunities for free trade agreement and direct flights.

Minister Zalkaliani briefed Krach on the security situation in the Russian occupied Georgian regions of Abkhazia and Tskhinvali (South Ossetia) and the recent developments on the ground. 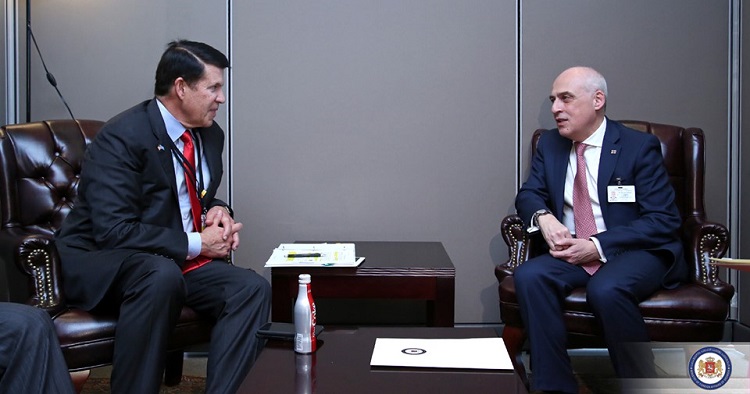 He also thanked the United States for supporting the sovereignty and territorial integrity of Georgia, as well as its democratic development and European and Euro-Atlantic aspirations.

David Zalkaliani visited the United States together with the Georgian delegation led by President Salome Zurabishvili, who addressed the UNGA on September 25.

On the sidelines of the UNGA Zalkalianiheld a number of meeting with other foreign officials, including his Russian counterpart Sergey Lavrov.