Ambassador Designate of the Kingdom of Norway to Georgia Helene Sand Andresen has arrived in Tbilisi yesterday to present copies of her credentials to Georgian Foreign Minister David Zalkaliani.

Norway opened its embassy in Tbilisi earlier this summer. Its location is Tabidze Street #1, in the heart of the capital city.

The opening of the embassy points to close ties between the two countries and the wish to further strengthen cooperation,” Zalkaliani stated. 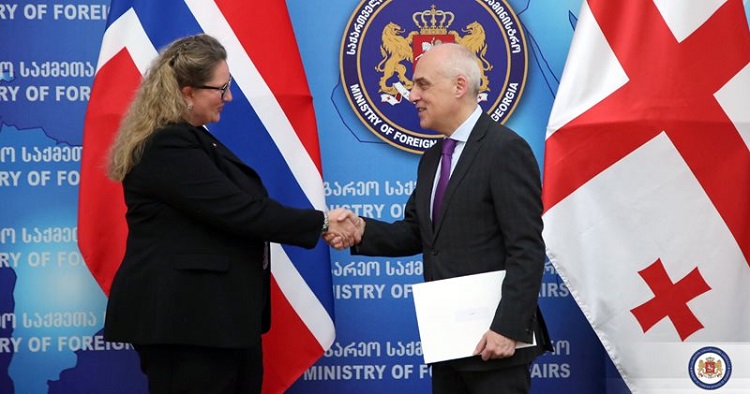 Andresen reiterated her country’s support for Georgia’s sovereignty and territorial integrity and said that she will do her best in this  new role.

The government of Norway announced plans to open its embassy in Tbilisi back in 2018, stating that their embassy in Baku, Azerbaijan would be closed and the embassy in Ankara, Turkey would be responsible for Norway’s relations with Azerbaijan.