Irakli Okruashvili, the former Georgian Defence Minister under the United National Movement (UNM) leadership has been detained for incitement to violence during the clashes of June 20 in front of the parliament of Georgia.

The Georgian Interior Ministry released a video showing how Orakli Okruashvili behaved during the June 20 rally:

Okruashvili has been charged with organising, heading and participating in group violence, the Georgian Interior Ministry announced.

Investigation has revealed that during a violent storm on the parliament building, Irakli Okruashvili, accompanied by other people, called on the demonstrators to violently enter the building along with him”, the Ministry official Mamuka Chelidze said.

Four other people who participated in group violence, attacked police officers and attempted to storm on the parliament of Georgia, have also been detained.

17 people have been charged with organising and participating in group violence during the rally, including the UNM member Nika Melia. 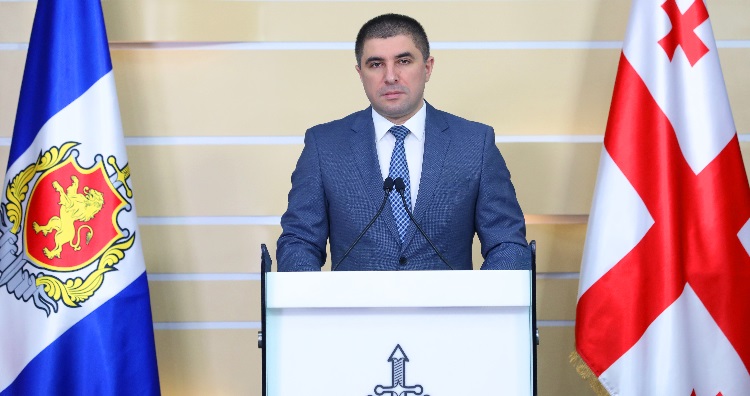 Tbilisi protests, which were sparked by Russian delegation’s visit to Georgia earlier on June 20 turned into a violent clash between the protesters and police in front of the parliament of Georgia.

The Georgian Chief Prosecutor’s Office has launched an investigation into police actions, which left 240 injured, including 80 police officers and 32 journalists.

Interior Minister Giorgi Gakharia said that the rally became “violent” from 10 p.m, following “a systemic and organised” attack of opposition politicians on the parliament building on June 20.

Minister Gakharia also said that he gave order that  the rally was dispersed after some demonstrators decided to storm the parliament building and police used their “legitimate power” to protect the state “from institutional breakdown” and public confrontation.