Former Defence Minister of Georgia Irakli Okruashvili, who had to leave Georgia under the United National Movement leadership in 2007, has presented a new political party today, which is “composed of angry people.”

Okruashvili said that the people in his new party, named For a Victorious Georgia, are angry with the leadership of the current Georgian Dream party and the founder of the party Bidzina Ivanishvili.

At the end of October the party will hold its assembly which will respond to Ivanishvili’s activities. We have ambitions to create a large movement of many people who are angry with the current government, and who believe that living in the country has become unbearable,” Okruashvili said.

He said that his party will cooperate with people from the ruling party who will oppose Ivanishvili. 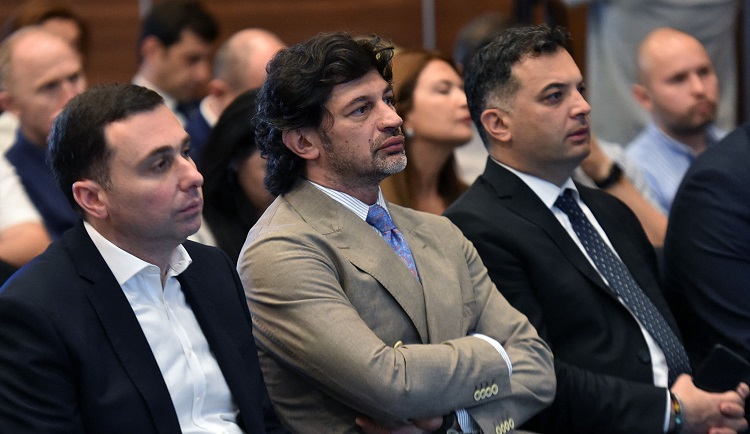 As for the opposition he said that “we will cooperate with those who do not recognise the outcomes of fabricated elections.”

Tbilisi Mayor Kakha Kaladze, one of the top figures of the ruling party, stated that “the Georgian people will respond to each political party during the 2020 parliamentary elections.”

A leader of the opposition European Georgia party Giga Bokeria said the party will not cooperate with Okruashvili, as “he is engaged with the Russian propaganda and is aggressive.”

Kote Kemulia, a former head of the Georgian Supreme Court, Guram Chalagashvili, a former chair of the Georgian National Energy and Water Regulatory Commission, Valeri Gelbakhiani, a lawyer, Gubaz Sanikidze, a former member of the National Forum opposition party, Nika Ramishvili, a comic actor and several others have been named as members of Okruashvili’s party.