Georgian Justice Ministry has called on the European Council Committee of Ministers to examine the case of the deportation of hundreds of Georgian nationals in late September 2006 and early 2007 from Russia under intensified surveillance procedure.

On January 31, 2019 the Grand Chamber of the European Court of Human Rights announced its judgment in the case Georgia v. Russia regarding the arrest, detention and collective expulsion of Georgian nationals from Russia in the autumn of 2006.

The verdict said Russia had to pay Georgia €10,000,000 for non-pecuniary damage suffered by a group of at least 1,500 Georgian nationals. 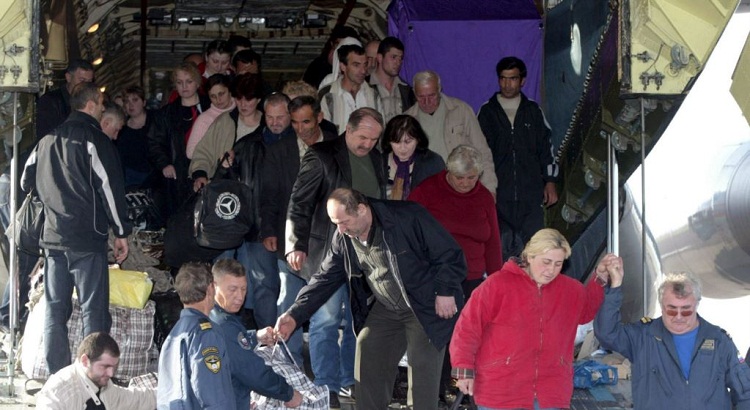 More than 2,300 were detained and forcibly expelled and the remaining left Russia by their own means. Photo:rferl.org.

As Russia did not pay the amount within the three-month term established by the court (by May 1, 2019), Georgian Justice Ministry demanded the Committee of Ministers of the European Council to hold debates regarding the issue on the nearest session.

The Ministry also requested the Committee to receive the official explanation from Russia regarding the non-fulfillment of the commitment as shortly as possible.

According to Georgian government claims, during that period more than 4,600 expulsion orders were issued by Russian authorities against Georgian nationals.

More than 2,300 were detained and forcibly expelled and the remaining left the country by their own means.

The mass deportation was preceded by the arrest of four Russian officers on charges of espionage by the previous government of Georgia in September 2006. In revenge, later in 2006 large numbers of Georgian nationals were mistreated in Russia.