Some of the most unique Georgian chants from medieval hymnographic collections could be brought back to life after their musical notations were reconstructed in a breakthrough study by researchers in Georgia.

On Friday in Tbilisi, historians and hymnographers presented the results of their study of Georgian medieval religious chants, unveiling links between the medieval notation systems with their modern counterparts.

Marking the achievement, a choir performed the chants — recognised as elements of major cultural significance for Georgian polyphony and hymnography — for the first time in public at the occasion hosted by the Georgian National Museum.

Written down in manuscripts featuring neume — systems of musical notation used prior to the invention of the modern five-line staff notation — the chants had been cryptic for researchers ever since the end of the 19th century as a result of the loss of the oral tradition used to access them. 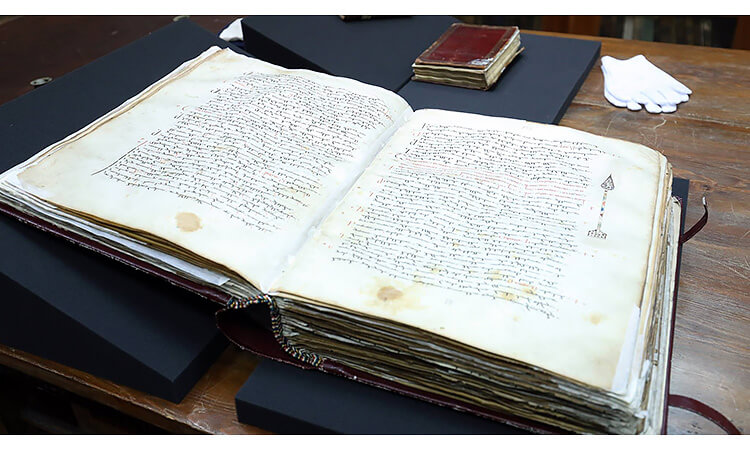 The manuscripts were preserved in hymnographic collections that had been readable based on oral tradition into the 19th century. Photo: Ministry of Education, Science, Culture and Sport of Georgia press office.

Following decades of efforts by Malkhaz Erkvanidze and Zaal Tsereteli, two professionals in Georgia, the notes in the manuscripts were finally reconstructed thanks to new technology and presented as “unique findings” by the Ministry of Education, Science, Culture and Sport of Georgia. 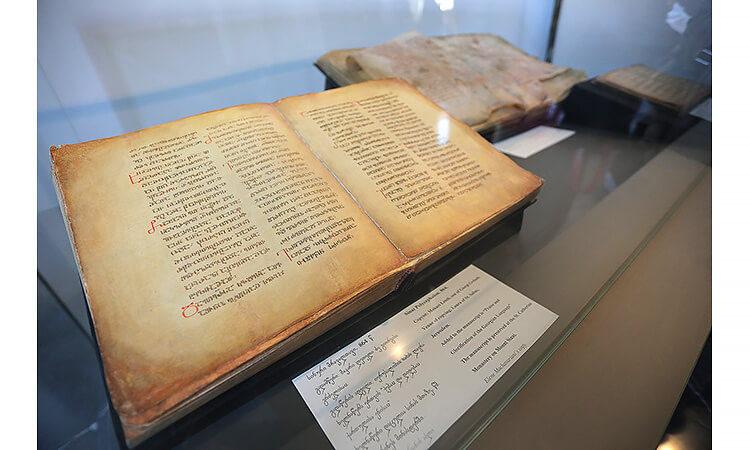 The Sinai Polycephalon, copied by a Georgian copyist at the Laura of St. Sabbas in Jerusalem and dated 864 CE. Photo: Government of Georgia press office.

Some of the major examples of the hymnographic collections involving neume manuscripts are the 10th century Iadgari by writer, scholar and calligrapher Mikael Modrekili and lullaby songs recorded using the notation system. These exhibits are preserved at the National Centre of Manuscripts in Tbilisi.

Minister Mikheil Batiashvili announced his institution was ready to create an “international consortium” involving Georgian and foreign researchers to “reconstruct the Georgian chants close to their original form” using the results of the new study.

Another initiative from the government will ensure the traditional chants and folklore are taught across Georgia, ensuring the preservation of the cultural element.