Ancient documents showing the Georgian, Persian and Arabic methods of studying space and reading the stars have been published in print and digital formats by Georgia’s National Centre of Manuscripts.

Tomorrow the Centre will host a presentation of the historical manuscripts on astronomy, researched and published within a joint project between the Centre and Ilia State University, financed by the Shota Rustaveli National Scientific Foundation. The project envisaged collecting and cataloguing the manuscripts found in various local and international historical archives before publishing them. 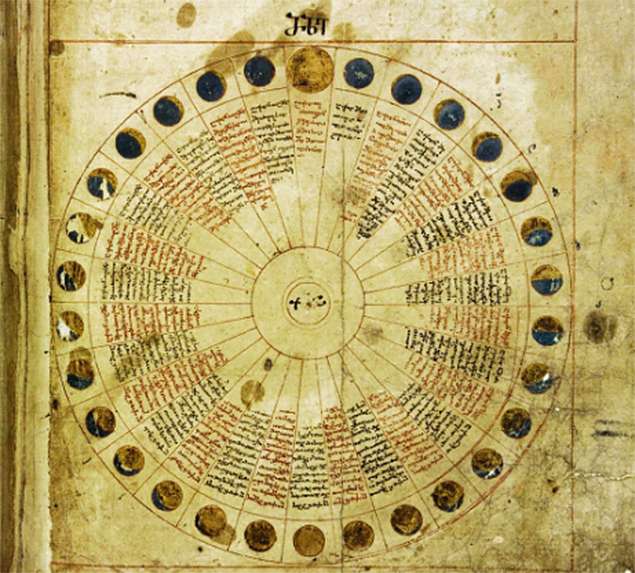 A Georgian astronomy manuscript that dates back to the 12th Century. Photo from www.astronomicalmanuscripts.ge.

The material has been printed as a catalogue and in booklets as well as released in compact disc format and uploaded on the project website.

The manuscripts were sourced from archives in Georgia as well as from Georgian historical scientific archives in Israel and Russia.

Once the data had been collected, those involved in the project created a digital model of the historical star map.