Of the 64 prisoners, 41 will be released from prison today while the remaining 23 will receive reduced sentences.

The recent commission meeting was held on March 28-29 in Tbilisi, where 335 cases were discussed.

The President is the only person authorised to pardon inmates in Georgia. He decides which inmates can be pardoned after a lengthy discussion by the President’s Pardon Commission. 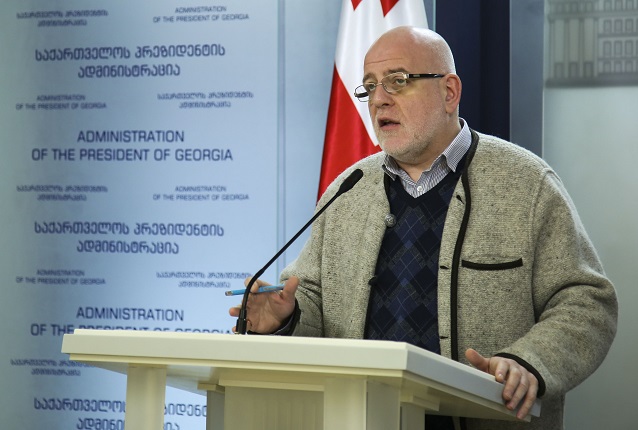 Head of the Pardon Commission Zviad Koridze announced three women and two youth are among those pardoned. Photo by the President's press office

The President’s Pardon Commission is composed of ten people headed by Zviad Koridze.

The Commission members are mainly lawyers from the civil sector, public figures, the Public Defender and a spiritual representative from Georgia’s Patriarchate.

The group must discuss all cases sent to the Pardon Commission by inmates or their families and decide which prisoners they believe deserve to be pardoned. The list is then sent to the President.

President Margvelashvili has pardoned 3,655 inmates since 2013.