The Central Election Commission of Georgia has tested electronic machines for vote-counting during the Zugdidi by-elections yesterday.

The system captures the voter’s choices and stores an electronic record of their vote in the machine. The data captured is then transmitted by either electronic means or manually.

Electronic vote counting is being implemented for research and evaluation purposes, which aims at studying the possibilities of introducing the election technologies in the electoral process in Georgia,” stated CEC Spokesperson Ana Mikeladze. 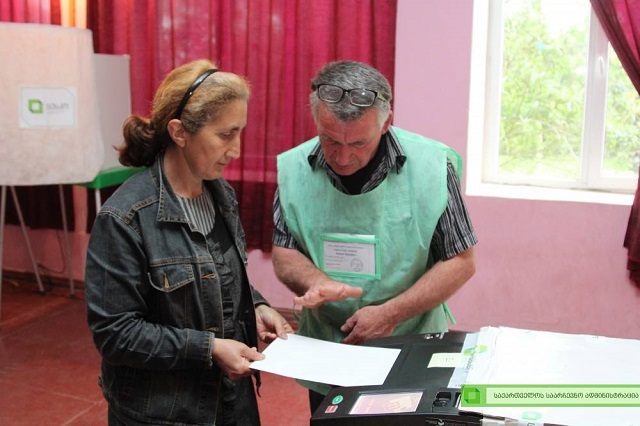 The woman is voting with the help of the electronic voting device. Photo: Central Election Commission press office.

The pilot project on vote counting is being implemented in cooperation with the Canadian international organization DELIAN.

By-elections at Tsaishi community, which took place because of the death of Tsaishi majoritarian deputy last year, were held at three election precincts yesterday.

2,819 voters were registered for the elections, while 1,337  participated in it.

Based on the preliminary information by CEC, ruling party candidate Tengiz Almasia is winning the race.