Award-winning musical artists will come together for this year’s Jansug Kakhidze International Music Festival in Tbilisi to celebrate the legacy of the famous Georgian composer and conductor.

Opening at the Jansug Kakhidze Tbilisi Centre for Music and Culture this Wednesday, the festival’s roster will include Grammy Award-winning American artists Bob James and Patti Austin.

Marking the third edition of the festival, folk jazz ensemble Iriao, Tbilisi Symphony Orchestra and Swedish band The Real Group are also featured in the line-up for the event.

The four-show program of the festival will open with a performance by the Tbilisi Symphony Orchestra and Iriao, conducted by Vakhtang Kakhidze, son of the late composer.

The Tbilisi orchestra is frequently led by Kakhidze, with one of their latest concerts marking the formal beginning of the Year of German-Georgian Friendship in Berlin in January.

The Iriao band was founded in 2013 by Georgian folk jazz pioneer David Malazonia, with the group recording its debut album in Poland in 2015.

The concert will also showcase talents of singer Sopo Gelovani before the festival program moves to shows featuring invited artists. 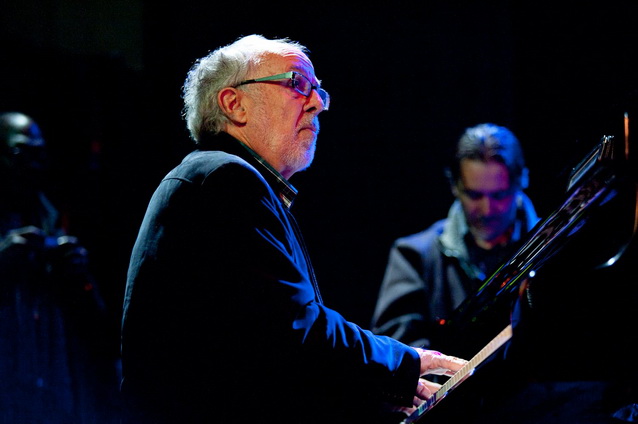 On May 13, the festival will host Bob James Trio, a band led by award-winning jazz pianist whose talent was discovered by famous producer Quincy Jones in 1963.

Credited for having "set the standard for the smooth jazz sound in the late 1970s”, James received two Grammy Awards for his collaborations with guitarist Earl Klugh and saxophonist David Sanborn in the 1980s.

Debuting with their first album in 1991, the band enjoyed international success throughout the 1990s and 2000s.

Their rise culminated in the band being named Best Group of the Year at the American Smooth Jazz Awards in 2010. 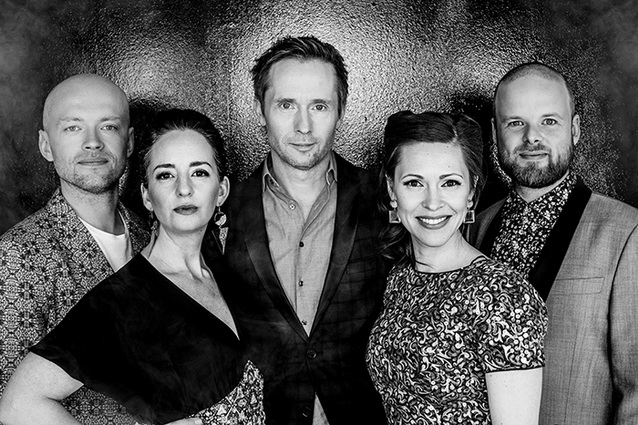 Swedish a capella band The Real Group will also appear at the Kakhidze Tbilisi Centre for Music and Culture. Photo: therealgroup.se

On May 17, the stage of the Tbilisi venue will be set for The Real Group, an a capella band from Sweden founded in 1984.

The vocal group has released 20 albums and performed at over 2,000 shows including the opening ceremony of the 2002 FIFA World Cup in Seoul, South Korea.

Their recordings and performances received a dozen Contemporary A Cappella Recording Awards from 1995-2004.

The fourth and concluding show of the festival will see Grammy Award-winning singer Patti Austin appear before the audience on May 20.

Debuting at New York’s Apollo Theatre at the age of four, Austin embarked on a stellar career that included stage appearances with singers Michael Jackson and Diana Ross as well as guitarist George Benson. 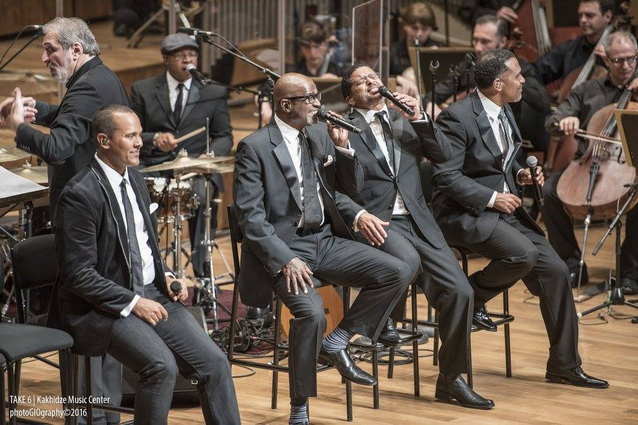 The Jansug Kakhidze International Music Festival was established in 2015 to mark 80 years since the birth of the acclaimed conductor. Last year's event featured American gospel band Take 6 and Brazilian pianist Ivan Lins among other artist and groups.

Born in 1935, Kakhidze graduated from the Tbilisi State Conservatoire with a degree in conducting in 1958.

He completed his postgraduate education in opera and symphony orchestra conducting at the Tbilisi venue under famed Soviet conductor Odysseas Dimitriadis in 1963.

Kakhidze served as artistic director and chief conductor at the State Opera House of Georgia from 1982-2002, leading the staging of over a dozen opera productions including celebrated classics Don Giovanni, Rigoletto and Cavalleria rusticana.

He also founded a new performance venue for symphony music in Tbilisi in 1989 and established the Tbilisi Symphony Orchestra in 1993, leading the group until his death in 2002.

Kakhidze became recognised throughout Europe, the United States and beyond with guest appearances at festivals and theatre venues.

Some of his most celebrated performances included Damnation of Faust with the Orchestre de Paris in France in 1990 and an appearance with the Boston Symphony Orchestra in the US.

Kakhidze was awarded prestigious state titles and prizes including the People's Artist of the Soviet Union and Georgia’s Shota Rustaveli Prize.