Georgian grape varieties to be planted in China

For this reason a delegation from Ningxia is visiting Georgia’s wine region of Kakheti to learn more about Georgian winemaking traditions.

Recently the volume of investments made by China in Georgia has increased significantly, especially in the field of agriculture. Georgia has huge experience in winemaking and that’s why it is interesting for China to learn from the Georgian experience. It is also important that Georgian wine exports to China are on the rise”, said deputy Minister of Agriculture Iuri Nozadze. 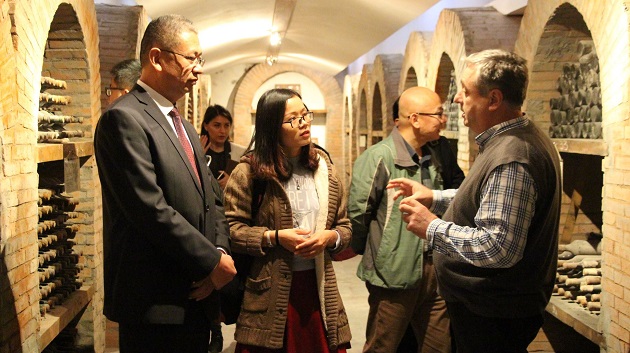 The Chinese delegation visited different wine producing companies in Kakheti and were introduced to qvevri wine-making technology. Photo by SRCA.

The Chinese delegation noted that Georgia was one of the most important partner countries for China in terms of winemaking.

China is one of the largest importers of Georgian wine.

The latest figures show that between January and March 2017 about 1,794,200 bottles of Georgian wine were exported to China. This was a 383 percent increase compared to the same time last year.