The global scientific community has recognised that the oldest grape wine was made in Georgia, from where it spread around the globe.

One of the world’s leading science journals, Proceedings of the National Academy of Sciences (PNAS), published the findings of the newest multidisciplinary study, according to which, humans were fermenting grapes into wine in Georgia as early as 6000-5800 BC - in other words, as far back as 8,000 years ago.

The biomolecular and archaeological research was conducted on pieces of clay vessels that were recently found in two neolithic sites in southern Georgia: one called Gadachrili Gora and the other called Shulaveris Gora. 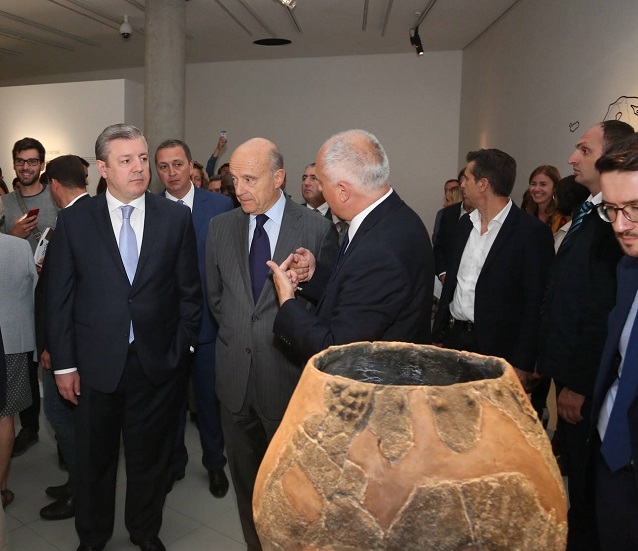 On these jars, scientists found grape seeds and traces of acid that eventually turned out to be wine.

The research dated these samples with 6000-5800 BC and proved that they were 600 years older than previously earliest-known wine remains from Zagros Mountains (Iran).

Thus, the world scientific community acknowledged that the oldest wine remains on our planet were discovered on the territory of Georgia.

"We believe this is the oldest example of the domestication of a wild-growing Eurasian grapevine solely for the production of wine," said co-author of the research Stephen Batiuk, a senior researcher at the University of Toronto.

The research also stressed that "wine is central to civilization”. It said that as a medicine, social lubricant, mind-altering substance and highly valued commodity, wine became the focus of religious cults, pharmacopoeias, cuisines, economies and society in the ancient Near East.

Along with Georgian researchers, the authors of the paper are scientists from the United States, France, Italy, Canada, Denmark and Israel. The research was joined by scientists from the universities of Pennsylvania, Montpellier, Milan, Copenhagen and Toronto, also the Weizmann Institute of Science (Israel) and French National Institute for Agricultural Research (INRA).