The French city of Bordeaux is hosting an exhibition of unique Georgian archaeological and ethnographic samples proving the country has its centuries-long record of wine-making history. 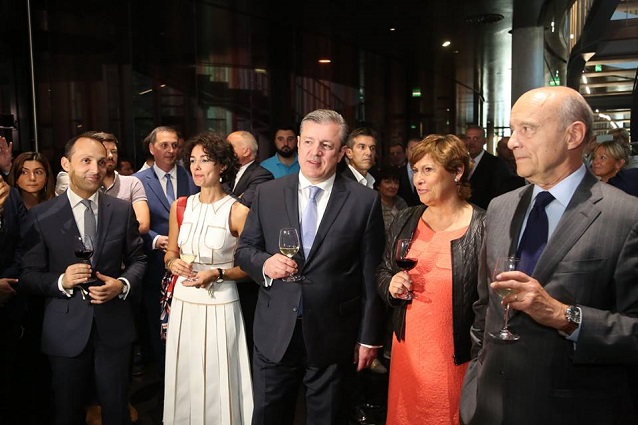 Leading specialists from seven different countries recently confirmed after three years of research that Georgia is the homeland of wine. Photo by PM's press office

President of the Foundation for the Culture and Civilizations of Wine Sylvie Cazes has thanked Georgian PM "for having been with us on that very special day” and said Georgian wine culture was richer than French.

Tonight you have proved that your wine culture is definitely much richer than ours. Not only because of the many centuries and millennia of winemaking tradition, but also because of something that I heard tonight that you have a special word for the toast maker – you will have to remind me what the name is”, said Cazes while delivering her speech at the exhibition opening ceremony.

Thank you for the qvevri that you gave us. It is located at the entrance of the city and symbolizes the French-Georgian friendship and friendship that you share with Bordeaux and the Wine City,” she added.

Visiting the site together with the Mayor of Bordeaux Alain Juppe, Prime Minister Kvirikashvili said "Wine is the major marker of Georgia’s national identity, just as ‘exquisite taste in everything’ is a big part of France’s national identity.”

I am very proud to be here and take part in this remarkable event. Today, in this Citadel of Winemaking, Bordeaux, we are celebrating the Cradle of Winemaking, Georgia. Eight thousand years is enough time to turn a leisurely activity into a critical element of national identity. And that’s exactly what happened with Georgia”, Kvirikashvili said. 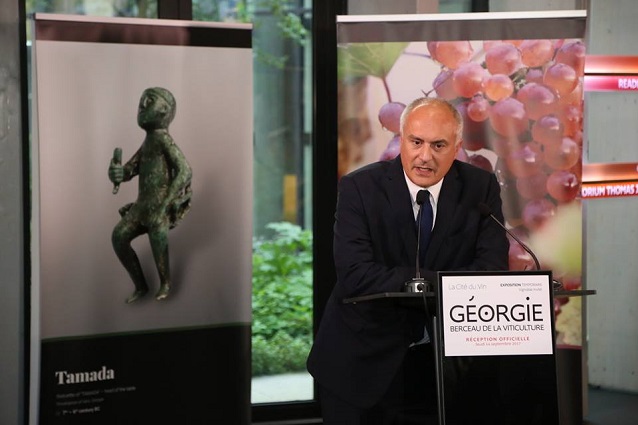 Georgia is the first country – the Invited Vineyard – to present and share its rich and excellent wines to the world. Photo by PM's press office

Kvirikashvili further shared how the earliest traces of wine have been identified on a ceramic vessel unearthed in Georgia and dated by leading laboratory experts to a period 8,000 years ago. He also said that pips of vitis viniferas, the oldest known vine varietal, have been discovered in Georgia, and they also date to the same period.

Our tiny nation, on a tiny territory, managed to domesticate and cultivate more than 500 varieties of vine. In no other field have we been as inventive and successful. We are proud of our ancestors, who invented this winemaking know-how called qvevri millennia ago. Nearly every Georgian family used to have this clay vessel at home, including me”, Prime Minister said. 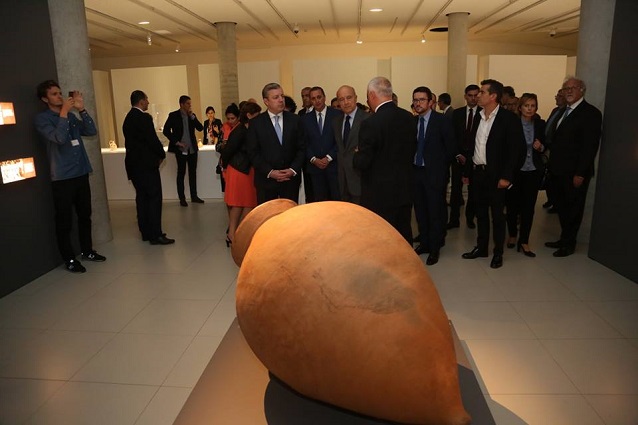 Qvevri, a large, ancient Georgian winemaking vessel has been permanently placed at the entrance of the Cité des Civilisations Du Vin in Bordeaux, France today. Photo by PM's press office

In 2013, UNESCO added Qvevri to the list of Intangible Cultural Heritages of Humanity. Kvirkashvili said, this tradition of wine-making plays a vital role in everyday life and celebrations as "it forms an inseparable part of the cultural identity of Georgian communities, and wine and vines frequently star in Georgian oral traditions and songs”.

One of the most awaited wine venues in Bordeaux invited Georgia to be an honourable guest to showcase the history and culture of Georgian wine in 2017.

The display Georgia, Cradle of Viticulture will host visitors through November 5.