Georgia is the cradle of wine, confirms a three-year study conducted by experts from seven countries.

The research that acknowledged Georgia as the birthplace of wine was led by Dr. Patrick E. McGovern, Scientific Director of the Biomolecular Archaeology Project for Cuisine, Fermented Beverages, and Health at the University of Pennsylvania Museum in Philadelphia.

On October 10-11, the team of scientists who conducted the research will gather in Bordeaux, France and present the findings of their research at Georgia’s solo exhibition that showcases its traditional winemaking and viticulture. 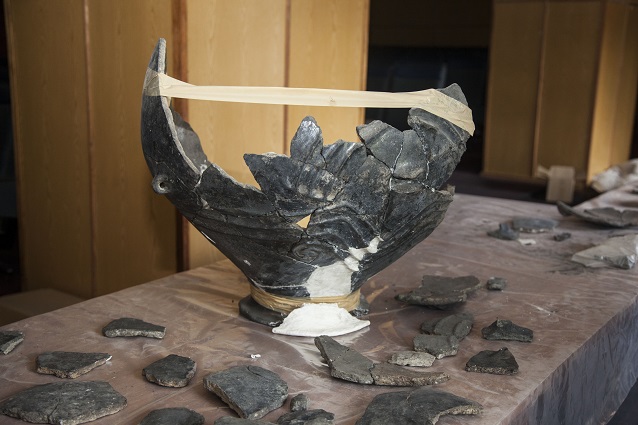 Expert studied wine-related archeological items found in Georgia and concluded that Georgia is the birthplace of wine-making. Photo by Nino Alavidze/Agenda.ge

These leading scientists from seven countries have been studying archeological items found in Georgia for three years. They studied ancient grape seeds, clay vessels and traces of some acid in these vessels that eventually turned out to be wine.

The exhibition ‘Georgia, Cradle of Viticulture’ opened at the Bordeaux Centre for Wine and Civilisations on July 31 and will remain open to visitors until the end of November.

This is the first time that the Bordeaux Centre for Wine and Civilisations is holding a wine civilisation exhibition where Georgia is invited to be a host of the event as a country known as the cradle of wine.