Georgia’s Foreign Minister Mikheil Janelidze says that US Vice President Mike Pence’s visit today to Georgia confirms that Georgia is recognized as a "firm ally and a strategic partner by the United States.”

The United States has always been the main guarantor of freedom and democratic development of our country and its integration with the Euro-Atlantic family,” Janelidze stated.

The Minister stressed that Georgia’s government has managed to establish close ties with the new administration of the US under President Donald Trump.

Janelidze stated that, like previous leaderships of the United States, the new state administration of the country also strongly supported Georgia’s sovereignty and territorial integrity.

We have seen an unprecedented support from President Trump and his administration, as well as from the political communities of Washington in this direction – support which has manifested itself in individual resolutions and statements as well as in various legislative acts,” Janelidze said. 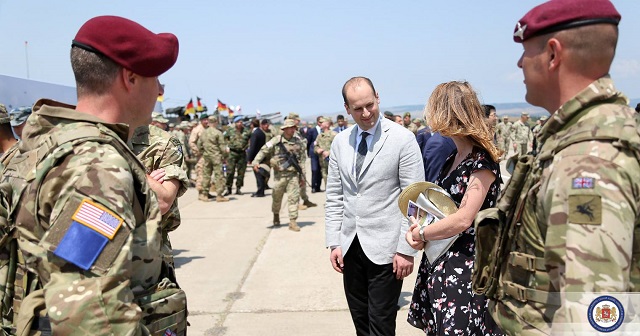 Janelidze highlighted the Noble Partner 2017 drills and emphasized that the large-scale military exercise was recognition of Georgia’s important contribution to global and regional stability.

The Minister stated that taking into consideration the high-level of cooperation in various areas between Georgia and the US, it was important to further deepen the economic partnership and to use the existing potential in this area to the fullest.

We welcome the increasing interest of American companies in Georgia and the infrastructure projects of a regional scale ongoing in Georgia,” Janelidze stated.

Janelidze said that 2017 was a historical watershed in bilateral relations with the United States, as it marked the 25th anniversary of establishment of diplomatic relations between the two countries.