A New York theatre venue is hosting nine prominent playwrights from Georgia for a festival premiering their plays within the ongoing Georgian-American Theatre Feast in the city.

Featuring two full productions and seven events involving reading of plays of the authors, the event is designed to introduce American audiences to theatre writers from Georgia.

Organised by Red Lab Productions, the festival hosts visitors at New York’s Teatro Circulo, with wine and music spicing up the evening and matinee shows.

See a fragment from theatre staging of Tamar Bartaia’s play ‘A Toy Gun’ below:

The work’s theatre adaptation is directed by Adam Knight and narrates about an affair between a man and his GPS device, portraying a "universal emblem of loneliness”, said its summary from the organisers.

With eight shows of the play on the program, the production will showcase the narrative talents of Bugadze, who was awarded Georgian Theatre Prize Duruji for his play Lysistrata last year.

In the other full-production premiere, American audiences will be invited to see the first US staging of A Toy Gun by Tamar Bartaia.

[A Toy Gun is an] intimately theatrical tale of a famous actor and a promising singer as they grow up and grow old in a country haunted by a war and held down by history”, said a summary of the production. 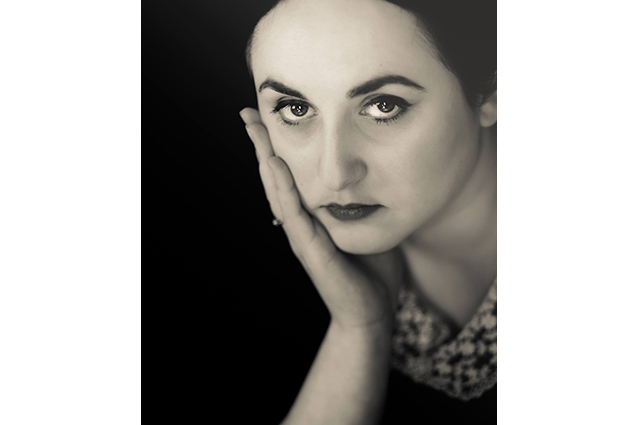 Later in the festival, another work by Bartaia, Diary of a Dress, will also be presented to theatre enthusiasts in an event followed by a special music performance by Nini Khvedeliani and the Georgian choir Zekari.

The reading events of the festival will also showcase celebrated authors well known for their plays in Georgia.

Nestan Kvinikadze’s Friends, directed by Liz Thaler, will be read to introduce the audience to the story of two women taking up odd jobs to scrape by, before an unexpected opportunity challenges the friends to make a decision.

On the Latch by Basa Janikashvili will narrate a satirical portrayal of a citizen under a totalitarian rule who requests to be arrested for having committed no crime. The play is directed by Justin Yorio.

Further into the festival, author Rezo Kldiashvili will be introduced to the visitors of the festival with his work Pilon.

A graveyard in suburban California holds a secret of a soldier’s past – one that demands a pilgrimage to the Caucasus."

A new interpretation of George Steinbeck’s novel Tortilla Flat, seen through the prism of magical realism", said a preview for the reading event of the work. 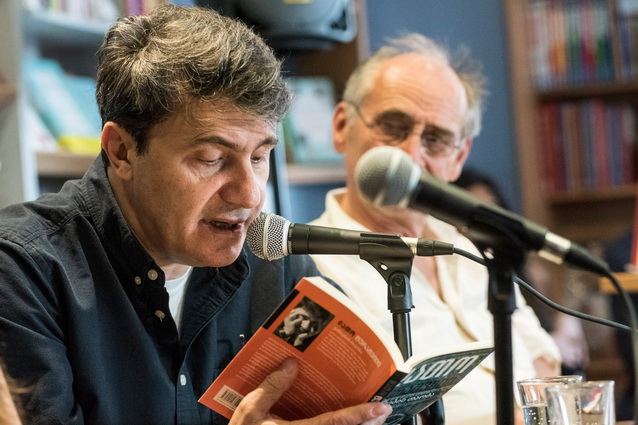 Also in the festival program, Guram Batiashvili’s work On the Eagle’s Wings follows a story of a Nazi war criminal smuggled into Israel as the newborn state is facing hostile neighbours on all sides.

Work by Germany-based author Nino Kharatishvili, recipient of Germany’s prestigious 2015 Anna Seghers Prize in literature, will be presented to the visitors of the Georgian-American Theatre Feast via her play Liv Stein.

Classical music and dark passions entwine in this lush, shadow-strewn play about a renowned, reclusive pianist and her new student”, said organisers ahead of the event.

Finally, a play with an improbable script of a volleyball match played between soldiers determining the shifting boundary between two countries will showcase the popular Georgian author Dato Turashvili.

Portraying the competition — and a romance sparked by it — the play Iron Curtain asks the question "can love between neighbours exist beyond the barbed wire?”. 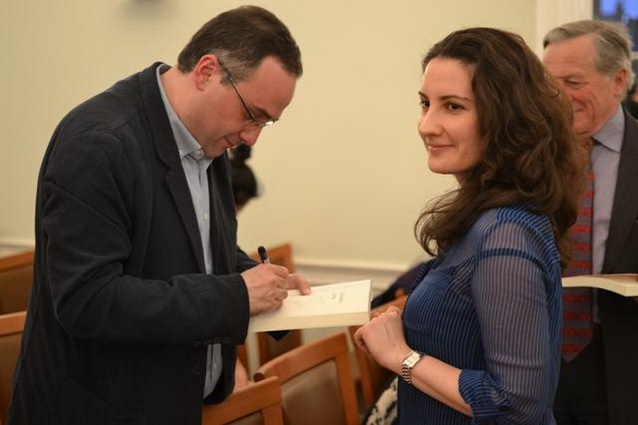 The Georgian-American Theatre Feast is the latest event run by Red Lab Productions, an international collective with focus on holding performance arts events in promotion of cultural diplomacy.

The Georgian-American Theatre Feast will run at Teatro Circulo through August 6.