Seven years after it was added to the UNESCO List of World Heritage in Danger, the prominent 12th century Gelati Monastery in Georgia's west is back in the World Heritage List following joint work between Georgian and international cultural heritage experts.

The news was announced at the 41st UNESCO World Heritage Committee meeting in Krakow, Poland on Monday, during which one of Georgia's most important historical monuments was returned to the global index.

The decision marks the successful conclusion of a four-year effort by the Georgian government to prepare a new nomination for the monument's inclusion in the list, separating it from the nearby 11th century Bagrati Cathedral. 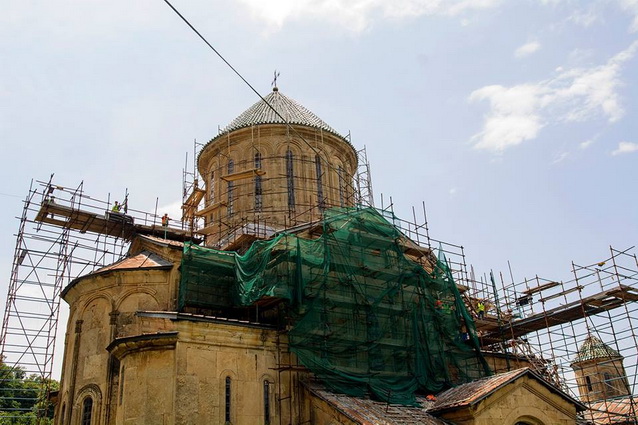 Added to the World Heritage List in 1994, the complex of the two monuments enjoyed a shared spot in the directory until 2010, when government-led restoration works were initiated in defiance of UNESCO regulations and warnings on "irreversible interventions carried out on the site".

The works rendered the two monuments incompatible with remaining in the list and were moved to the index of endangered sites around the world.

Heavily affected by the works, the Bagrati monument remains ineligible for return to the list of global heritage.

However a 2013 initiative by the Georgian government saw local professionals work with experts from the International Council on Monuments and Sites (ICOMOS) to separately nominate Gelati for its return to the list.

The monastery will now be returned to the UNESCO index with modified boundaries. In addition, the Ministry of Culture and Monument Protection of Georgia said ongoing conservation and rehabilitation works on the monument were "in full accord" with the World Heritage Convention. 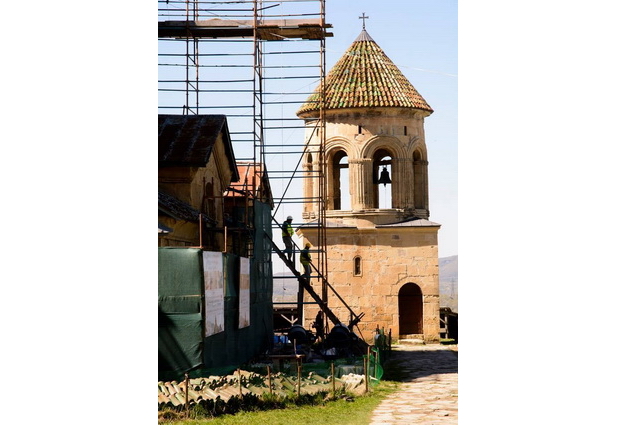 Located outside the western Georgian city Kutaisi, the Gelati Monastery is noted by the UNESCO for representing "the flowering of medieval architecture in Georgia".

Initial construction of its main buildings was carried out in 1106 during the reign of David IV of Georgia, also known as David the Builder. Further additions were made to the monastery from 12th-17th century.

Framed with a wall, the yard of the monument is the place where most of Georgia's historical monarchs, including the king who oversaw its construction, are buried.

Further signifying its status for the country, the Gelati uniquely enjoyed full autonomy in governance during the medieval era, with a special envoy from the king present at the monastery.

Its return to the World Heritage List also marks the continuation of successful efforts by the Georgian government to remove sites in the country from the endangered list.

The 6th century Holy Cross Monastery of Jvari as well as 11th Century Svetitskhoveli Cathedral and Samtavro Monastery had been put on the List of World Heritage in Danger in 2009 following "deterioration of its stone fabric and fresco paintings caused by work carried out to its edifices".

With the return of the Gelati Monastery, the UNESCO World Heritage List currently includes three sites in Georgia, including the Upper Svaneti mountainous region and the Mtskheta monuments.