Georgia’s Interior Minister held a special briefing today in which he strongly denied the involvement of Georgian law enforcers in the detention of Azeri journalist Afgan Mukhtarli, who vanished from Tbilisi on May 29 and resurfaced in custody in Baku the next day.

Minister Giorgi Mgebrishvil stated that those who accuse the Georgian authorities of handing the investigative journalist to Baku are trying to "discredit the state bodies responsible for the country’s security.”

The Minister said that media reports had claimed that Mukhtarli, who had fled his homeland due to a conflict with the Azerbaijani government, used to illegally cross the Georgia-Azerbaijani state border and smuggle in foreign currency.

For now we can neither confirm nor deny the media reports,” Mgebrishvili said.

Mgebrishvili highlighted that some Georgian media outlets, individuals and organizations, "groundlessly, without any evidence”, based on Mukhtarli’s lawyer and wife, reported that Georgian special units participated in the journalist’s detention.

He emphasized Georgia is a democratic country with European values, striving to integrate itself in Euro-Atlantic structures and the state security bodies "had nothing to do” with the incident.

Mgebrishvili stressed that Azerbaijan "has never appealed to Georgia” to detain any of its citizens for their political attitudes and the journalist has also never asked for protection from Georgia’s law enforcement agencies. 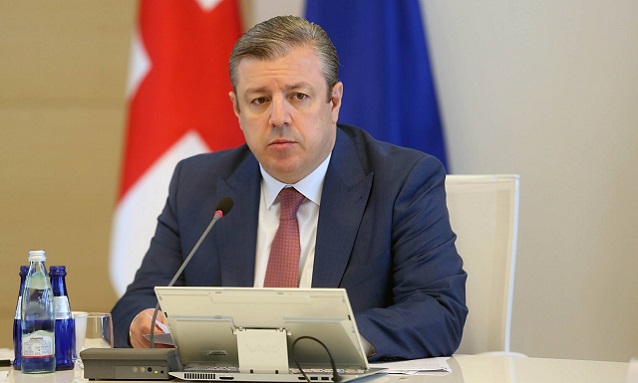 Prime Minister of Georgia Giorgi Kvirikashvili also commented on the issue today, appealing to all to "refrain from discrediting state institutions and making beforehand statements until the investigation is over.”

Kvirikashvili stated that decreased trust in the state security bodies will make it hard to protect Georgia’s safety in the future.

The journalist is charged with illegally crossing the border and contraband in Azerbaijan.

Georgia’s Interior Ministry has launched an investigation into the "alleged unlawful imprisonment” of the Azerbaijani journalist.