Georgia’s Interior Minister Giorgi Mgebrishvili announced at today’s special briefing that he had dismissed the head of Georgia’s Border Police and a chief of the Counter Intelligence Agency in relation with Azeri journalist Afghan Mukhtarli, who vanished from Tbilisi on May 29 and resurfaced in custody in Baku the next day.

The Minister stressed the step was taken to "exclude any questions in the case.”

It is very important that the public not have lingering questions concerning the ongoing investigation [over Mukhtarli’s disappearance from Tbilisi], the effective control of the state border and the effectiveness of the counter-intelligence agency,” Mgebrishvili said.

That is why chiefs of the Border Police and the Counter-Intelligence Agency will quit their posts before the investigation is over,” the Minister added . 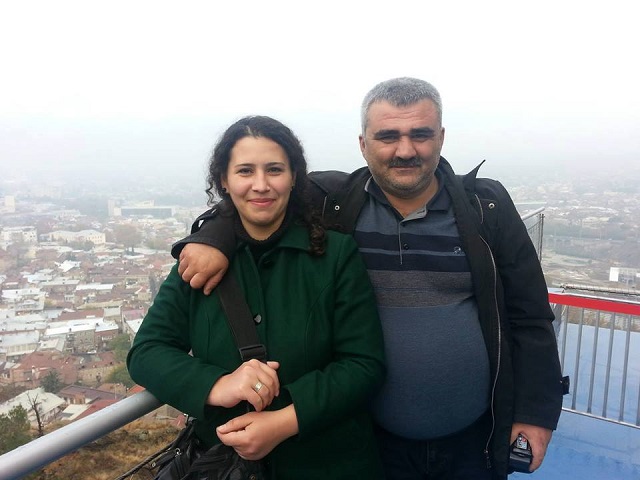 He stressed he was convinced of the innocence of his staff but stated the crossing of state border took place in an "unclear situation in any case.”

The Minister told journalists that Mukhtarli’s lawyer was familiarized with the materials of the case and had been provided with video recordings seized from the area where the investigative journalist went missing.

Mustafayeva and the Georgian opposition have several times accused the government of Georgia of deliberately handing over the journalist, who had problems with top figures in his homeland due to his investigative journalism, on Azeri law enforcers.

The allegations were strongly dismissed by Georgian officials and were hailed as an attempt to "discredit the state bodies responsible for the country’s security.”

The journalist is charged in Azerbaijan with illegally crossing the border and smuggling contraband. Mukhtarli’s lawyer said his defendant had told him that the police planted €10,000 ($11,200) in his pocket while he was unconscious.

Mukhtarli is in pre-trial detention now.