Georgia is assisting the people in the besieged western Asian city Aleppo, Syria with $100,000.

Georgia’s Foreign Minister Mikheil Janelidze said the country is ready to help the jeopardised families in response to the humanitarian crisis that everyone witnessed in Syria.

The northern Syrian city of Aleppo is currently caught in a brutal four-year deadlock. It was a key battleground in the war between forces loyal to Syrian President Bashar al-Assad and rebels who wanted to overthrow him.

As a result, tens of thousands of civilians fled form their original homes, hundreds went missing since crossing into government-controlled areas, while rebels prevented some civilians from leaving. 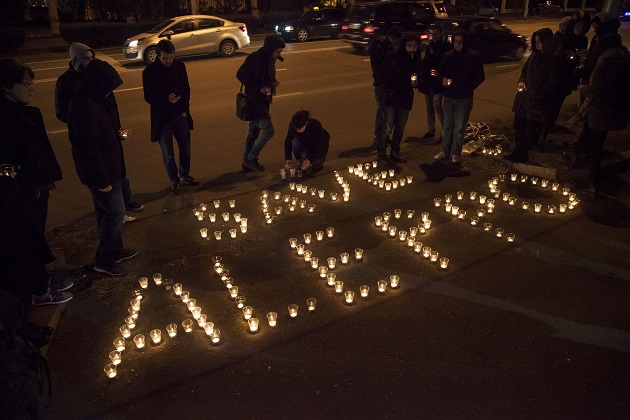 People express their condolence towards the Aleppo tragedy with a peaceful rally in Tbilisi. Photo by Nino Alavidze/Agenda.ge

As Janelidze stated, Prime Minister Giorgi Kvirikashvili and other ministers were ready to support the children who faced hardship due to unstable ceasefire deal.

Janelidze said Georgian authorities kept on having active consultations with the United Nations (UN). He said they defined all the possible ways for humanitarian assistance. Finally, the sides agreed that Georgia would allocate $100,000 through special fund created by the UN for assistance.