Georgia's Mariam Mamadashvili has won the 2016 Junior Eurovision Song Contest and set a new record for herself and her country in the Europe-wide competition.

After being announced the winner, organisers offered much praise to the young singer.

It was amazing to see all this talent on stage. Mariam's performance was incredible - we look forward to seeing more of her in years to come," said Jon Ola Sand, head of Live Events for the European Broadcasting Union (EBU).

Mamadashvili, who attends school in the United States, went on stage on Sunday and performed the song Mzeo, which means Sun in Georgian.

With her performance the 10-year-old scored a total of 239 points and broke the previous competition record of 185 points held by Maltese contestants in the 2015 competition. 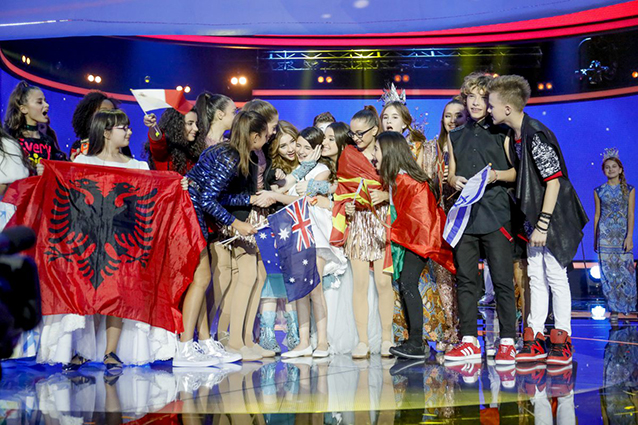 Mamadashvili (C) is congratulated on her win by contestants of this year's Junior Eurovision. Photo from Andres Putting/EBU.

In another new record, the win marked the third time contestants from Georgia had won the Junior Eurovision competition.

In 2008 the band Bzikebi were declared the winners of the contest before Candy, another group from Georgia, took the prize in 2011.

Each participant in this year's contest was judged by one professional music industry jury and one youth jury made up of children from every participating country, said Eurovision contest staff. The votes combined to form the points for the given country's contestant.

First held in Copenhagen, Denmark in 2003, the Junior Eurovision Song Contest has been held in 13 countries since and is broadcast live across Europe.

See the full results of participating countries over the history of the contest here.